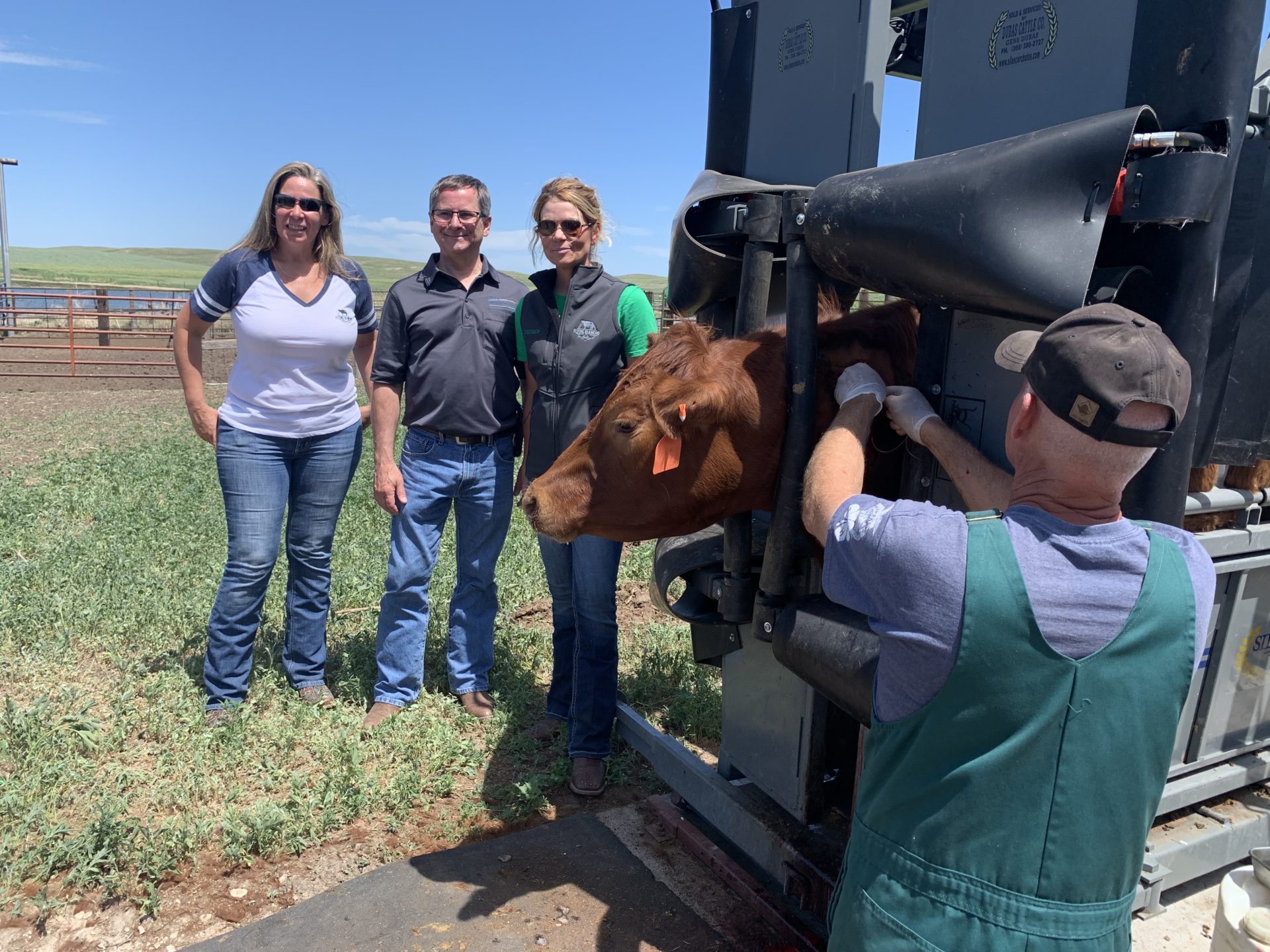 Twenty steers at the Wilson Ranch near Lakeside on Monday received an implanted Bluetooth sensor to precisely track the animals’ health and catalog proof-of-life records.

Danna Schwenk with Flying Diamond Beef says they can collect data using blockchain technology to verify which that animal is. “We are tokenizing an animal as an asset. It will end up as a token on the blockchain itself. What we’re hoping to do with it is create more verifiable, 100 percent assurance what we say we’re selling, we’re selling,” Schwenk says.

A collaboration of other technology companies collected imagery of each steer for processing with other platforms and advanced computer vision models for facial recognition and analysis. Prior to Monday’s event, genomic testing data identified specific traits of each animal for unique identification.

She tells Brownfield the data is stored into a private digital wallet and can be shared with inspectors, buyers and other producers. “It’s essentially a non-hackable data system. For us, what that means, no one can get in it and change it. It’s immutable proof data.”

He tells Brownfield the sensor is inserted into the BQA+ (Beef Quality Assurance) triangle) to track biological behaviors. “Things like heart rate, activity level and temperature.  It feeds into machine learning and what it does it starts making predictions of the animal and what’s going on with it.  Is it getting sick, is it in heat, is it walking enough, is it ruminating enough?”

Cannon tells Brownfield it helps prevent cattle from experiencing environmental stresses and sickness. “Our implant can detect a fever spike before the animal is outwardly symptomatic that way you can individually treat it with antibiotics and you only need to give one animal way less antibiotics upfront.”

The sensor’s inventor says blockchain technology is one of the securest ways to transmit information.

He says the science uses cryptography – a method where techniques are developed to prevent a third-party from accessing data. “I think what we’ve known about the blockchain, it’s highly secure.  As long as you’re protecting your assets and keep your own security good, the blockchain isn’t breakable.  That’s the thing about crypto it’s encrypted many, many times.”

He says the first-of-its kind technology isn’t hackable and is safe from cyberattacks. “This is a unique thing that can be tracked throughout time. It can’t be faked.  It can’t be forged,” he says. “It’s a proof of ownership and using that Ethereum blockchain you can record all of the data bout the animal and choose how much of the data you’d like to give out.”

He says the cattle producers he’s worked with have been receptive to embracing new technology for their operations. “Farmers pioneered the use of the diesel engine when they started -they were like ‘tractors? Yes, please.’ Interestingly, people tend to view them as technophobic, but our findings are that they’re not technophobic, they just want stuff that works. ‘Don’t give me another headache, I got plenty of those.  Give me something that works and I’ll use it.’

Wilson Ranch was the first U.S. commercial operation to demo the technology. It has been used at Virginia Tech and Australia.