Wisconsin weather good for haying, not for growing crops 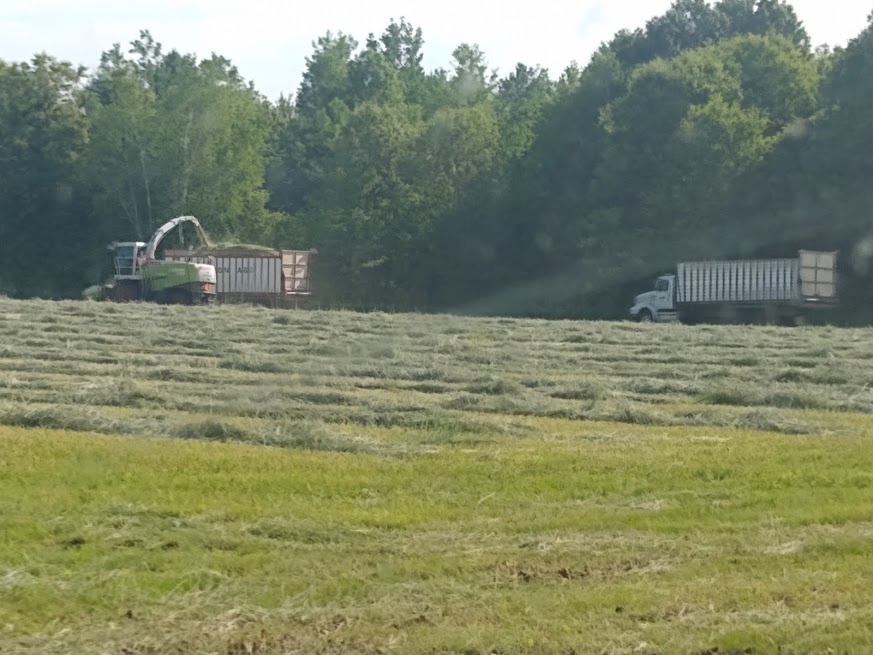 Wisconsin farmers put up a lot of hay last week, while wondering when their other crops might see some much-needed rain.  USDA reporters say dry conditions worsened in southern and southeastern Wisconsin as most of the state had little or no precipitation in the week ending Sunday.

Topsoil moisture is only 64% adequate, with 24% short on moisture and 9% very short.

Many farmers around the Badger state had to replant some frost-damaged corn and soybeans last week, too.

First crop alfalfa hay cutting ranges from 34% done in north central Wisconsin to 93% finished in southeast Wisconsin.  Farmers in the eastern parts of the state have been able to make more progress with hay than farmers to the west.  The crop is rated 70% good to excellent.  Pastures are 68% good to excellent, but that is 5 points down from last week because of the lack of rain.