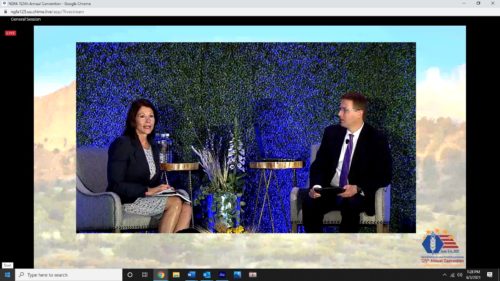 President Biden and Senator Shelley Moore Capito, the chief GOP negotiator met again Friday to discuss an infrastructure package but no agreement was reached. The two sides are still far apart. A separate bill was introduced by several Democrats on Friday.

On Thursday, Illinois Congresswoman Cheri Bustos said she remains optimistic about a compromise with Republicans and credited Capito for her work.

“Her word’s good. I think that the Senate Republicans picked a good person to be at the negotiating table. I think the same thing about Joe Biden.”

Bustos does not expect bipartisan support of Biden’s American Families Plan but does believe compromise can be reached on the American Jobs Plan. If not, she says Democrats will proceed with the reconciliation process to get them both through.

“There’s only going to be one shot at the – one bite at the apple for that reconciliation route. So, if we can’t come together on the hard infrastructure part my guess is those two will be brought together and that will be done at the reconciliation.”

That route would not require Republican support. Bustos was the featured speaker at the National Grain and Feed Association Convention.