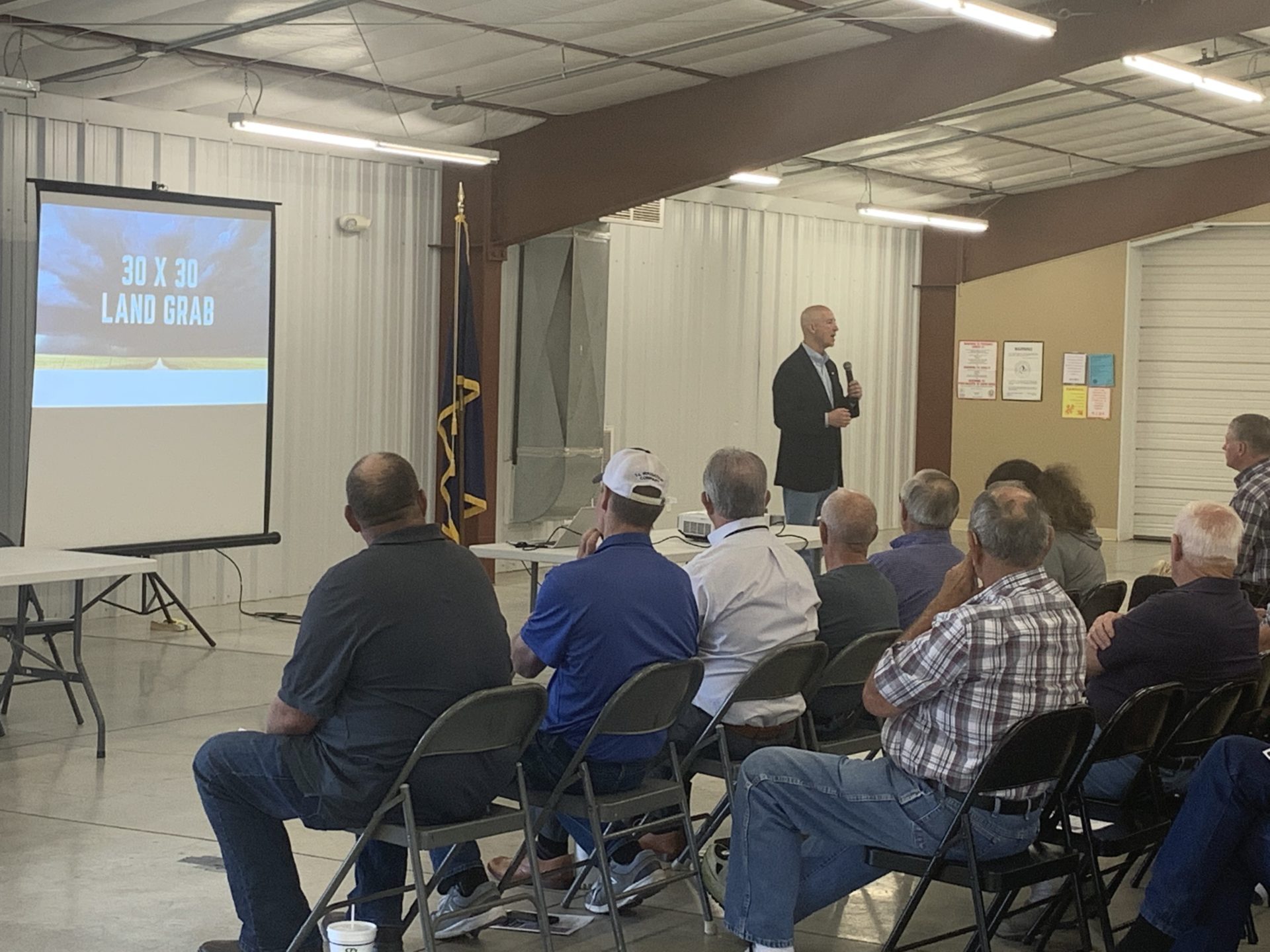 At a town hall in Clay Center Wednesday, he told a group of reporters, “The Biden administration hasn’t given us really any details other than putting out the America the Beautiful Plan, which really doesn’t give us any more information other than they say they want to do it voluntarily with local officials. My experience with the Biden administration is they really don’t care to work with states and local officials.”

He’s urging farmers and ranchers to get involved at the local level. “We’re in the trenches here,” Ricketts says.  “This is our own backyard. And the counties and local communities that’s where we have to be on the lookout for overreaches of federal power because that’s where it’s likely to happen.”

President Biden’s America the Beautiful Plan aims to conserve 30 percent of Americas land and waters by 2030 by having farmers and ranchers and local communities take voluntary conservation efforts.

Nebraska farmer Randy Uhrmacher of Hastings tells Brownfield he’s trying to better understand the program. “There’s a lot of information out there floating around. I wanted to hear it straight from the governor what his opinion of it was and what we can do,” he says.

Ricketts kicked off a series of town halls Wednesday in Clay Center aimed at sharing information on the 30×30 proposal with residents.