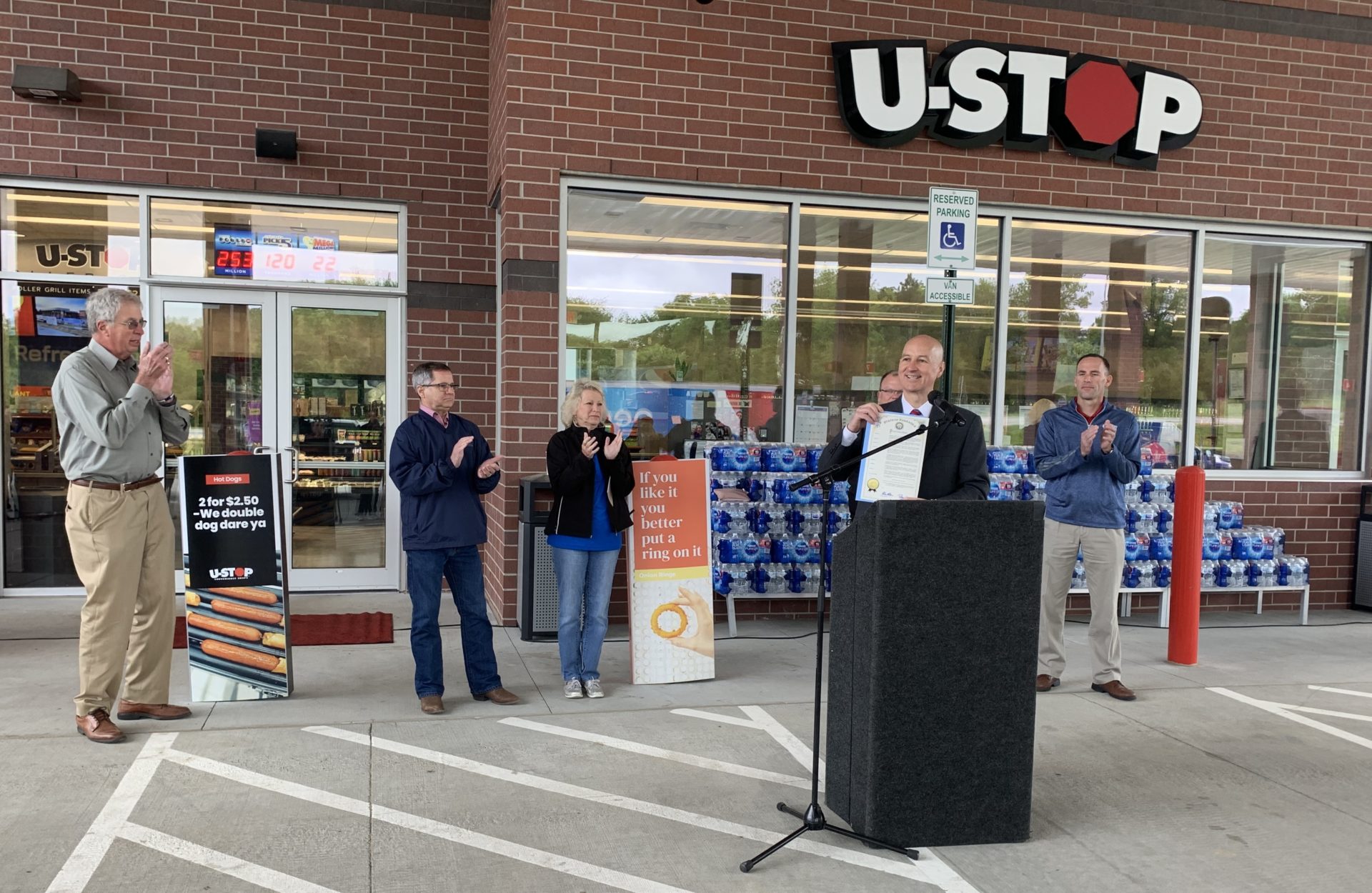 Governor Pete Ricketts has proclaimed May as Renewable Fuels Month in Nebraska. “We continue to see this investment in renewable energy and that is one of things we want to continue to promote.  It’s going to save drivers at the pump, clean up the environment and it’s great for our farmers and ranchers.”

“The price alone usually gives them a reason to try. It’s usually about five cents a gallon cheaper and it’s not a ploy or anything but economics.  It’s cheaper fuel and more affordable, which is great,” she says. “That’s because we’re using corn, a renewable energy source right here in Nebraska and it’s made here in Nebraska.”

Ricketts joined a local gas station along with The Nebraska Department of Agriculture, Nebraska Corn Board, Nebraska Ethanol Board and the Renewable Fuels Nebraska at a signing ceremony Friday.