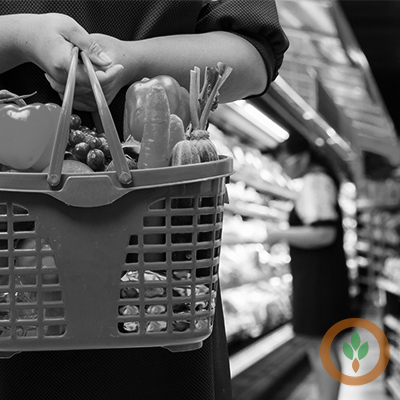 Food purchasing and eating habits are beginning to return to pre-pandemic patterns, according to the 2021 Food and Health Survey.

Ali Webster, director of research and nutrition communications with the International Food Information Council, uses home cooking as an example.

“We still see considerable amounts of people saying their cooking at home more in 2021, but it’s shifted down from 60 percent in 2020 to under 50 percent of people saying they’re continuing to cook at home more this year,” she says. “The major trend that we are seeing is that the changes we have all made to our eating and food preparation habits over the course of the last year are decreasing in relation to what we were doing in 2020. A month into the pandemic we found that 85 percent of Americans had made at least some changes to the way they were eating or the way they were prepping food for themselves. This year we found a majority of people still have changes to these aspects to how we’re eating as compared to pre-pandemic times, but fewer people – 72 percent – said they made at least some changes this year.”

But, She says there is still concern about COVID-19 exposure in some food settings.

“Four out of every 10 people surveyed are concerned about being exposed to COVID-19 when shopping in-person at the grocery store,” she says.  “We also found there is a considerable portion of people concerned about exposure from cooks who are preparing foods from restaurants.”

Webster says despite these trends suggesting there is a return to routine, the pandemic highlighted some disparities in the food system.

“This survey was an opportunity to asses the impact of food insecurity on the American public and how that has shifted over the last year. While we have seen some positive nationwide trends in food insecurity and the number of people who are still experiencing some of these issues decreasing as compared to 2020, we know millions of people continue to be affected and this is going to be an issue we’re talking and thinking about for a long time,” she says. “We found that nearly 4 out of 10 individuals had purchased less-healthy food options than they otherwise would have because they did not have enough money to purchase healthier options. A similar number said they purchased less food overall because they didn’t have enough money to buy foods they wanted. Four out of 10 people said they were worried food would run out before they got money to buy more, and just shy of 40 percent said they delayed purchasing food or purchased less food because of rent or other utility bills that needed to be paid.”

Seventy-five percent of respondents who experienced food insecurity said the pandemic played at least somewhat of a role in those decisions.

IFIC surveyed more than 1,000 Americans ages 18 to 80 between March 23 and 31. The results were weighted by age, education, gender, race and ethnicity, and religion to ensure they were reflective of the population.