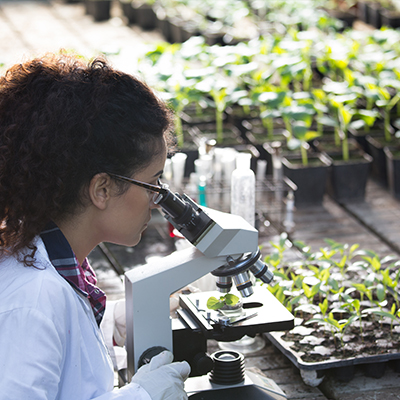 A relatively new company is focusing on biological controls using peptides to target pests while remaining safe for humans, birds, fish, pollinators and the environment.

Ben Cicora, VP Sales and Marketing with Vestaron, says they are a ventured backed startup company that focuses on creating peptides for known neuromuscular receptors in ag insecticides.

“SPEAR, which is our first, targets the same receptor as the neonics and spinosad but at a different point on that receptor,” he explains.

He says EPA has created a new category for the peptide-based insecticides which are more selective than other controls and the first new mode of action since 2007.

“We have just submitted to the EPA our second active ingredient, which is going to be called BASIN Flex, and that went into the EPA on March 15th,” he says.  “We anticipate a Q4 launch of that product in the U.S.”

He says BASIN should offer growers a short re-entry interval, a zero-day pre-harvest interval and will be maximum residue limit (MRL) exempt for targeting lepidopteran pests.

Cicora says it allows growers to rotate control measures which might be facing resistance issues and extends the effectiveness of other products in their toolbox focusing on stone fruit, tree nuts, vegetable production and other specialty crops.