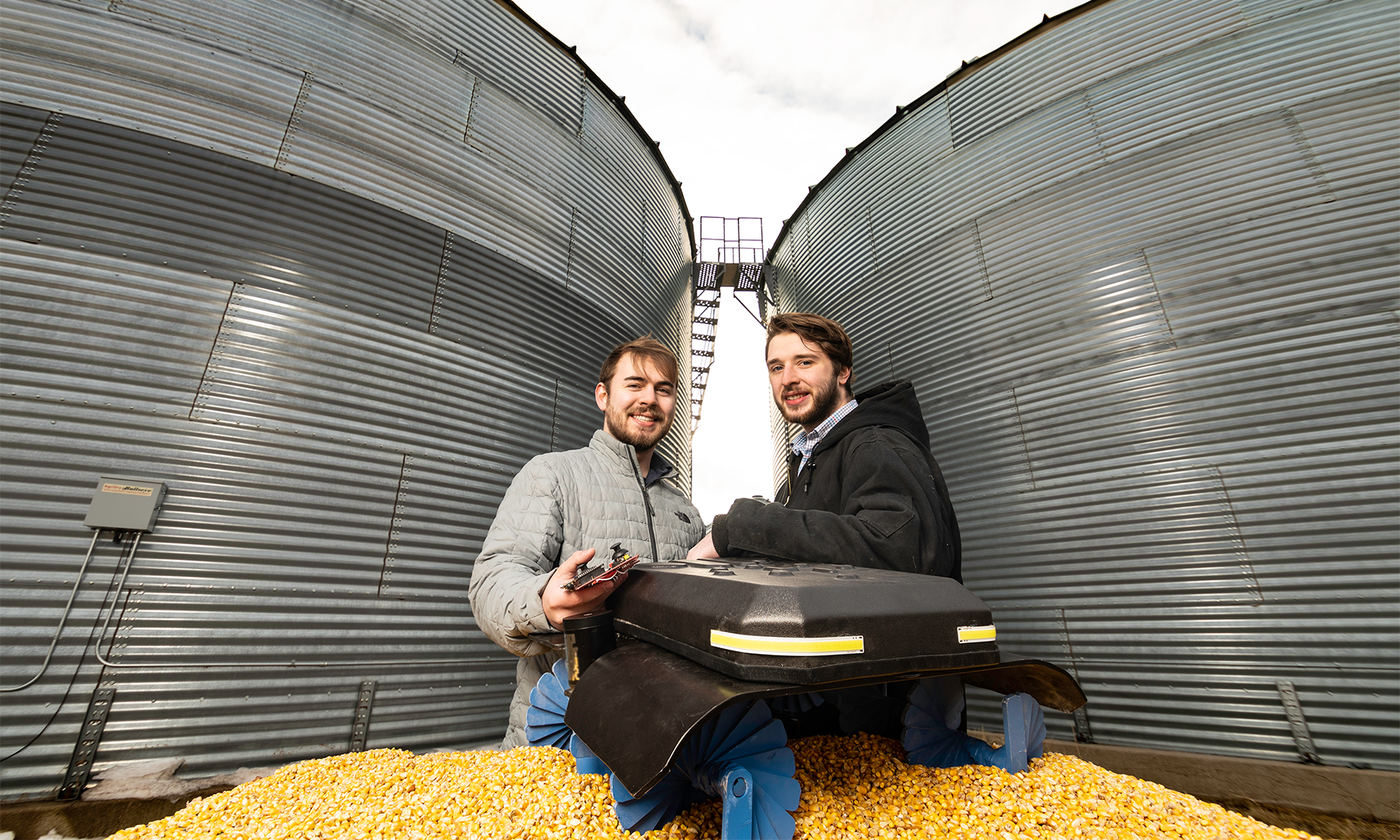 A pair of University of Nebraska-Lincoln students developed a tool that would eliminate the need for farmers to enter grain bins.

Ben Johnson helped create the Grain Weevil – a robot designed to maintain and redistribute grain inside a bin. “We’re helping with the flow of the grain when you’re taking grain out or putting it in, leveling the bin, taking measurements and really start to finish managing the grain while it’s in the bin so the farmer doesn’t have to,” Johnson says.

Johnson tells Brownfield the dust and waterproof, 12 by 18 inch robot fits inside a backpack and can level a bin in three to four hours by using gravity. “A lot of farm equipment is big, heavy, expensive push the grain around, force the grain to your will but we’re able to use gravity to help slide the grain down, start that sediment gravity flow so that we can bring down those large walls of grain,” he says.

He says when they were creating the robot last March, the hardest part was getting it to move across the grain. “It drives along the top of the grain. It scurries like a weevil. It uses auger-based propulsion so two augers on either side to drive and manipulate on the grain,” he says.