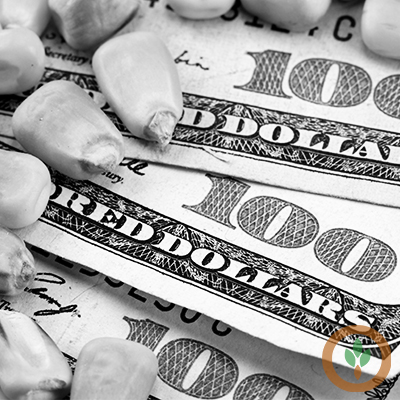 Soybeans were higher on fund and technical buying. Most forecasts have more harvest delaying rain in central and northern Brazil and dry weather for much of Argentina and southern Brazil. The Buenos Aires Grain Exchange estimates Argentina’s crop at 46 million tons, unchanged from their last guess. ABIOVE estimates Brazil’s soybean crop at 132.6 million tons, just under the USDA, with February exports at 6.6 million tons, a little bit above some other projections. U.S. and world supplies are tight and the demand outlook continues to be solid, with the next set of supply and demand estimates out March 9th.  The NOPA says member firms crushed 184.654 million bushels of soybeans during January, larger than expected, a new record for the month, and the second biggest total for any month. Export inspections backed off from the previous week’s high, but, overall, beans should meet or exceed the USDA’s projection for the current marketing year. China and Mexico were the top recipients of U.S. beans last week. Demand from China could be quiet this week because of Lunar New Year celebrations. Soybean meal and oil were higher, with oil notching new highs on the recent global vegetable oils strength.

Corn was higher on fund and technical buying. Corn is also watching conditions in South America, with the slow soybean harvest in Brazil delaying second crop corn planting. Ag Rural says that critical second crop is reportedly 9% planted, compared to 20% a year ago. Dry weather in parts of Argentina and Brazil is likely sapping yield potential. The Buenos Aires Grain Exchange estimates Argentina’s corn crop at 48 million tons, steady with the prior projection. The United Nations’ Food and Agriculture Organization says China’s corn stocks are smaller than reported, at a five-year low, which is expected to lead to more imports. Weekly export inspections for corn were up on the year, Japan and Mexico topped the list, and while sorghum inspections were a little slower than last week and last year, demand from China continues to be the big driver. The USDA’s first U.S. planted area estimates of the year are out this week at the Ag Outlook Forum, with the official number due March 31st, along with the quarterly grain stocks. Ethanol futures were unchanged. The U.S. Energy Information Administration’s weekly ethanol production and stocks numbers are out Wednesday, delayed a day by Presidents’ Day.

The wheat complex was higher on fund and technical buying. The trade is waiting to see if winterkill is an issue in parts of the U.S. and the Black Sea region, some of which are also either experiencing or have experienced drought or near drought conditions. Still, it’s hard to quantify the effects of the bitterly, in some cases, record cold conditions in parts of the Midwest and Plains until the crop emerges from dormancy. The trade is also monitoring overwintering conditions in the European Union, weather ahead of spring wheat planting in the U.S. and Canada, and harvest progress in Australia. Australia’s Bureau of Agricultural and Resource Economics and Sciences estimates wheat production at a record 33.34 million tons, which would be up 120% on the year thanks to improved weather. Russia’s export tariff is in effect, which should send some business to the U.S. Moscow’s floating tax kicks in at the start of the next marketing year. U.S. export inspections were bearish, with just over a quarter remaining in the U.S. 2020/21 marketing year. The European Commission says E.U. soft wheat exports since the start of their marketing year July 1st are 16.25 million tons, compared to 19.53 million a year ago. DTN says Algeria is tendering for an unspecified amount of milling wheat.