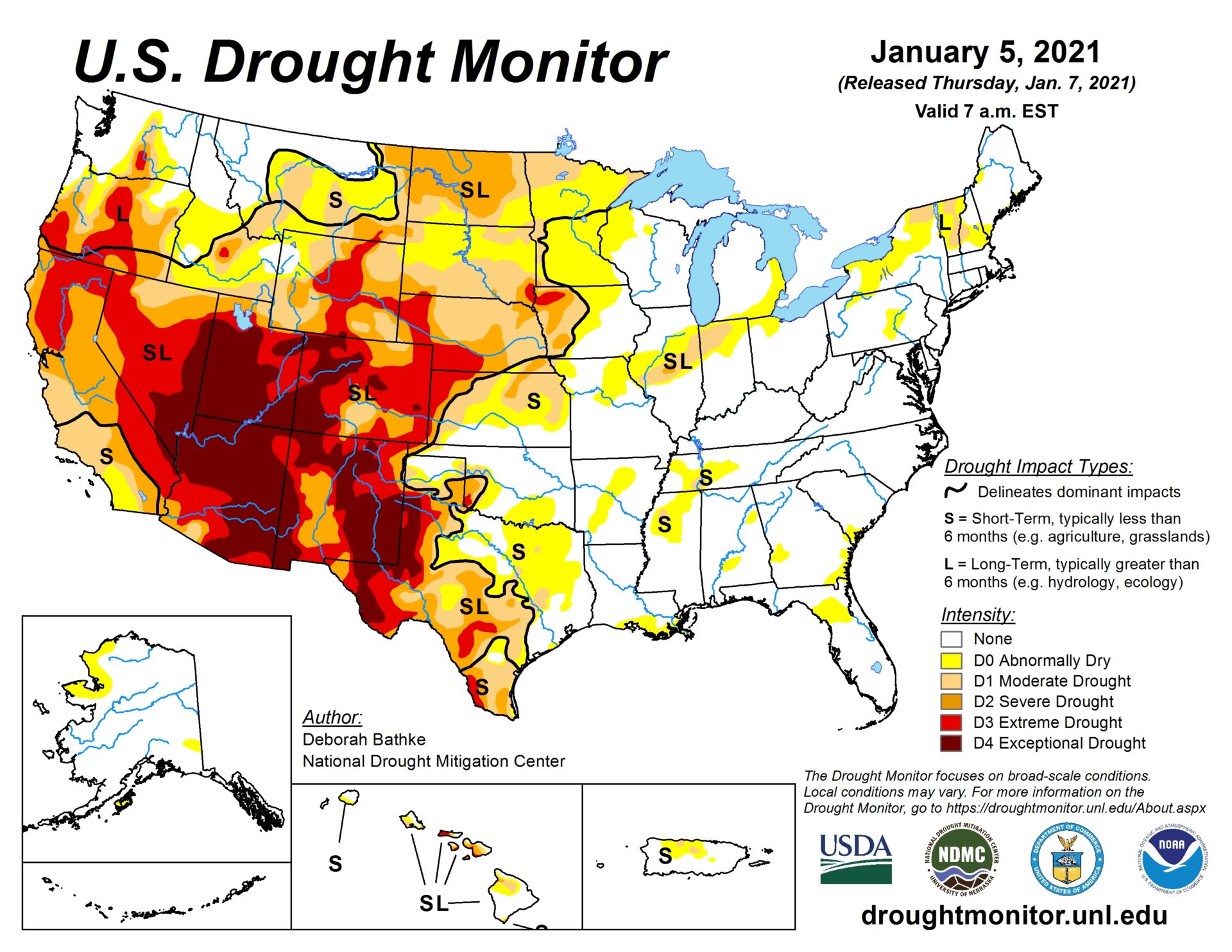 After looking at the most recent US drought monitor, the Principal Atmospheric Scientist for Nutrien Ag Solutions says he is concerned for many key growing areas moving forward.

Eric Snodgrass says the graph puts most of the western half of the country in some stage of drought, with sections in many states including Iowa, Nebraska and South Dakota in extreme to exceptional drought.

“If this drought picture does not change by April, I am very concerned about the spreading of drought across the primary corn and soybean belt. Usually, I am not concerned about it at this point in the year, but this is the most drought I have seen in a long time where over 60% of the country is covered in it.”

Snodgrass says while the dry pattern is not a repeat of 2012, it is still a concerning matter to watch closely as corn and soybean planting season approaches.

Snodgrass made his comments during a webinar Thursday hosted by the Illinois Corn Growers Association.