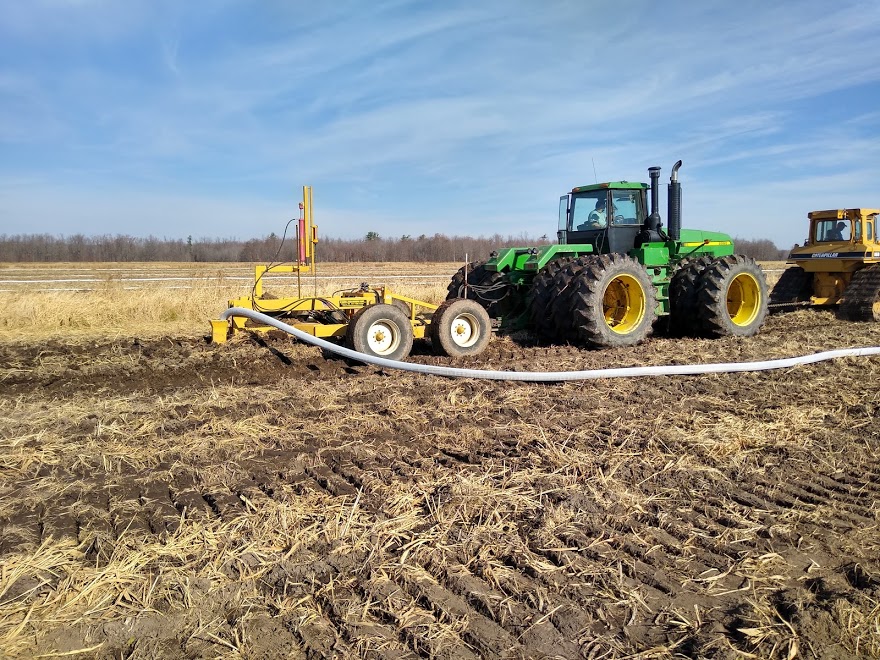 A Wisconsin farmer has been recognized for his conservation efforts including a way to re-use water and nutrients from his fields.  John Eron farms west of Stevens Point, and tells Brownfield his heavy clay soils often lead to wet spring planting, very dry conditions in mid-summer, and then wet again in the fall, making it hard to plant and harvest. “One of the ideas I thought was it sure would be nice if we could collect that excess water in springtime, be able to irrigate that water back on the fields in the summertime, and again start collecting water over the wintertime again.”

Most of Eron’s fields capture surface runoff water with ditches and subsurface water with drain tile, helping keep around six inches of topsoil on the field where it belongs.

Eron says when he started capturing runoff around twenty years ago, he had to deal with a lot of pushback from government agencies. “As soon as I had the opportunity, and I had a few of these systems up and running. I was able to bring these different agencies out, have them kind of look it over, and they didn’t think it was the worst idea anymore. But, it was not easy getting started with it.”

Eron says this system works for him but might not work for farmers who are too close to bedrock to dig out ponds.  He says farmers will need to check with their conservation officials before starting a similar system, and he says once the ponds are created, they will be treated as navigable waters under WOTUS, even though they are manmade with no outlets.

Eron spends much of his wintertime refurbishing farm and construction equipment, so he was able to find deals on what he needed to build the ponds and do the work with his own crew.