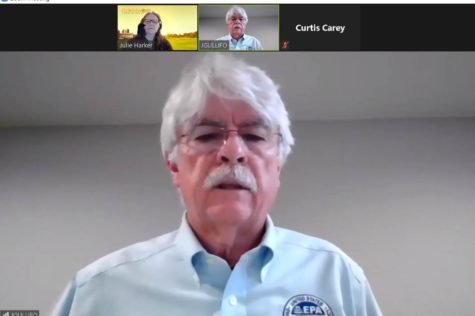 The head of EPA Region Seven says court challenges to the EPA’s small refinery waivers are preventing the release of 2021 Renewable Volume Obligations (RVOs) under the Renewable Fuel Standard (RFS).

Jim Gulliford tells Brownfield Ag News, “The biggest concern that we have is getting into a place where we start down a path that can’t sustained on the basis of court challenges.”

So that’s why the release of the RVOs has been deferred for now.

“We were very pleased in previous years we had met the statutory deadlines for that but it doesn’t appear that that will be the case this year.”

The U.S. Supreme Court has granted the EPA a one month delay – until December 14th – to enter its response to a petition filed by a refiner seeking a review of the 10th Circuit Appeals Court ruling on small refinery exemptions.