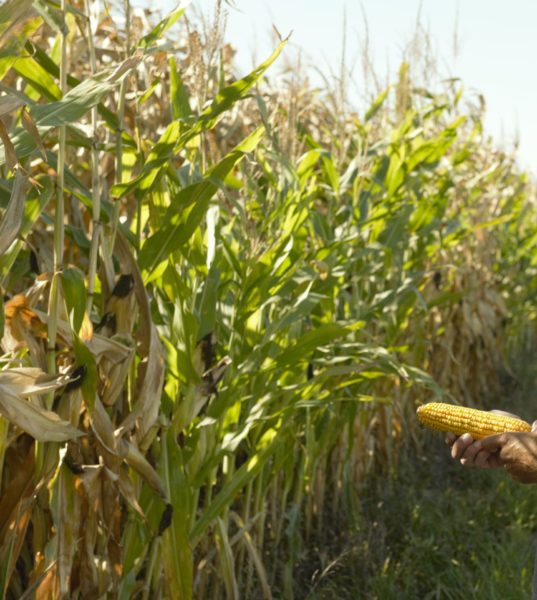 “Earlier in the season those bean leaf beetles are going to be feeding on soybean leaves but as those soybeans begin to lose their green color and mature, the bean leaf beetles move from the leaves to the soybean pods,” he says. “That can be an issue because they’ll scar the pod of the soybean.”

He tells Brownfield farmer should scout for corn rootworm.

“If you see any root lodging you want to make a note of that and make plans of next year if you’re going to rotate that cornfield back to corn to use something like SmartStax to help protect those roots,” he says.

Miller says it’s also a good time to scout for weed pressure. He says fields with waterhemp should be harvested last and if possible, farmers should harvest around patches of weeds to avoid spreading seeds.