Big Ten Football is returning this fall. The conference reversed its August 11th decision to cancel the season on Wednesday and will proceed with a college football season in the fall. Big Ten commissioner Kevin Warren announced the decision made by the 14 university presidents in the conference.

When will the Big Ten season start?

The Big Ten regular season will start October 23rd and run through Dec. 12th.  The Big Ten Championship Game will be played on December 19th.

How many games will the Big Ten play?

Nine games. The Big Ten will play eight games in eight weeks with no bye weeks, and that leaves little margin for error should be a COVID-19 outbreak happen for a team in that stretch.

The schedule does have a plus-one feature built in. Each team will play a ninth game based on their standings the East and West divisions. So, the first-place teams will play in the Big Ten championship game, and the other teams will play a cross-over based on how they finished in the first eight games.

Will There Be Covid-19 Testing?

The Big Ten will require student-athletes, coaches and trainers and all other individuals on the field to undergo daily testing. Test results must be completed before each practice and game.

The daily testing begins Sept. 30. According to the Big Ten, the earliest a student-athlete can return to game competition is 21 days following a COVID-19 positive diagnosis. The Big Ten also will require all 14 schools to establish a cardiac registry to examine student-athletes who test positive for COVID-19.  The conference also has a color-coded system based on a seven-day average of tests to determine whether teams can continue practicing. If a team hits “red” then it must stop competition for a minimum of seven days.

Will Fans Be in The Stands?

At this point it appears there will be no sale of public tickets and according to Penn State Athletic Director Sandy Barbour, the conference is working to make sure families of student athletes will be allowed to attend home and away games. 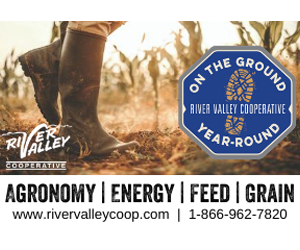