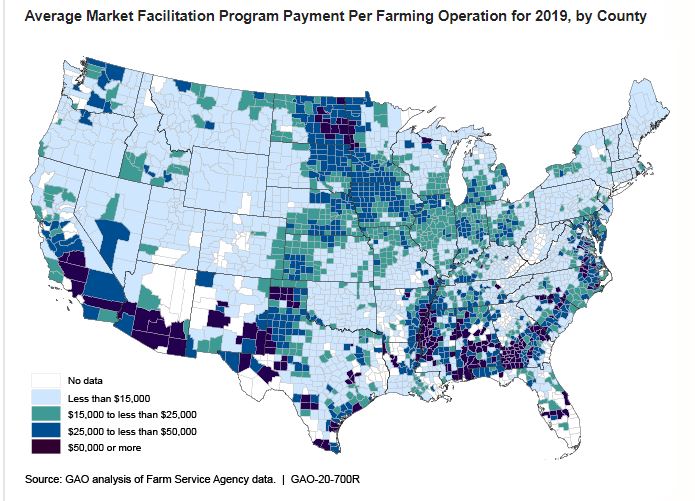 Ranking Member of the Senate Ag Committee Debbie Stabenow of Michigan, who called for the investigation, says the report confirms trade payments were distributed unfairly and there were deep regional inequities.

“When you look at the dollars farmers are getting per farmer, per acre, the South hit the jackpot with Georgia leading the nation with rates more than double the national average,” she says. “We know that less than 10 percent of the payments went to farms that produce specialty crops, dairy, or hogs.”

Michigan cherry grower Don Gregory and owner of Cherry Bay Orchards says unfair trade practices have had a huge negative impact on the tart cherry industry, but they were left behind.

“We seem to be the pimple on the elephant’s tail when it comes to government assistance under these programs that could have helped our growers during these real trying times.”

Senator Sherrod Brown of Ohio says the independent agency report confirms millions of dollars of payments have been mismanaged and not lived up to their purpose to help farmers most harmed by tariffs. “Instead the Trump Administration used it to funnel money to its allies including Wallstreet speculators and the biggest ag corporations in the country.”

Diversified livestock farmer Gary Wertish, president of the Minnesota Farmers Union, says MFP sets a bad precedent for future farm policy. “The president’s ‘go alone’ approach to tariffs without any apparent plan has done long-term damage to our agriculture economy as we’ve seen with the delays with the phase one of the new agreement with China, these market’s don’t just bounce back.”