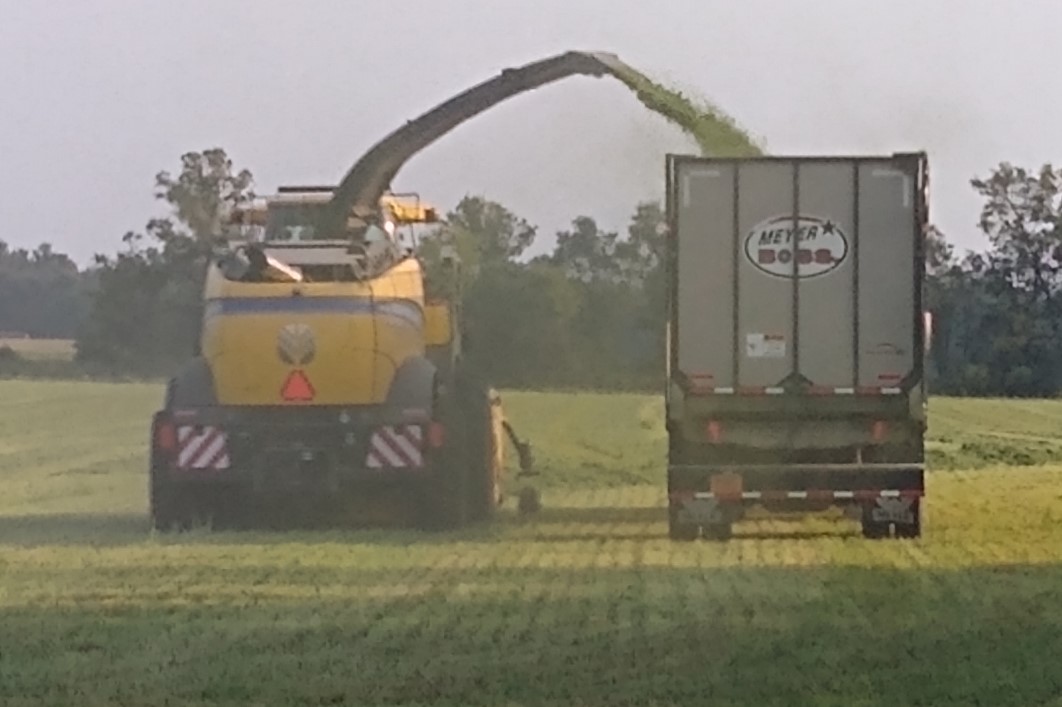 A mostly dry week allowed Minnesota farmers to cut hay, harvest wheat, and get a good start on chopping corn silage.  USDA reporters say the state was dry for five-and-a-half days before Sunday, but the rain they received brought the topsoil moisture levels up to 3% very short, 11% short, 77% adequate, and 8% surplus.

Ninety-seven percent of Minnesota’s corn had reached the dough stage or beyond as of Sunday, about nine days ahead of average.  There were some reports of corn starting to mature with 79% of the crop in good to excellent condition.  Fifteen percent of the corn for silage has been harvested

One-fourth of the state’s soybeans are turning color, and there were scattered reports of soybeans beginning to drop leaves.  The soybean condition rating dropped to 80% good to excellent.

USDA says almost one-third of Minnesota’s spring wheat was harvested last week, bringing the total to 85% now in the bin.

The potato harvest is 26% finished.  Six percent of the sugarbeets are also harvested.