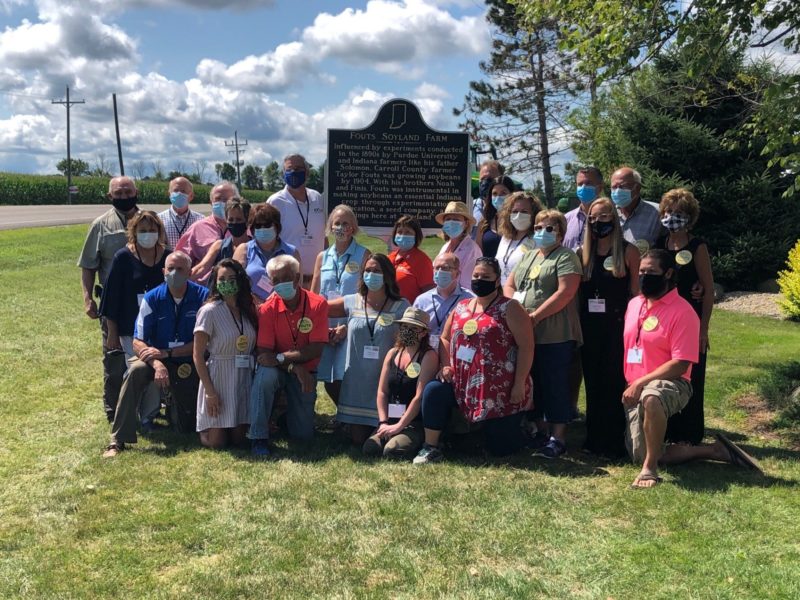 The American Soybean Association is celebrating a century of soybean advocacy.

Bill Gordon, president of the American Soybean Association, says they are proud to celebrate the 100th anniversary of the organization started by brothers and pioneer soybean growers Taylor, Noah, and Finis Fouts.

“It’s about the history-100 years ago these three brothers decided to take soybeans and make something out of it,” he says.

Elisha Modisett Kemp is the great-great-granddaughter of Noah Fouts.

“I think they would have been so surprised and pleased to see how this is a world-wide crop and the market and demand for it has just exploded,” she says.

Brad Doyle is the secretary of ASA.

“To be on the original farm is a wonderful experience,” he says. “The family is still involved in agriculture the commitment they have and then what we do as an association makes it all worthwhile.”

The Indiana Soybean Alliance helped ASA host the event. Other highlights included Indiana Governor Eric Holcomb dedicating a historical marker on the farm and USDA Deputy Secretary Steve Censky, who served as an ASA executive for 21 years, discussing the value of ASA to US soybean growers.