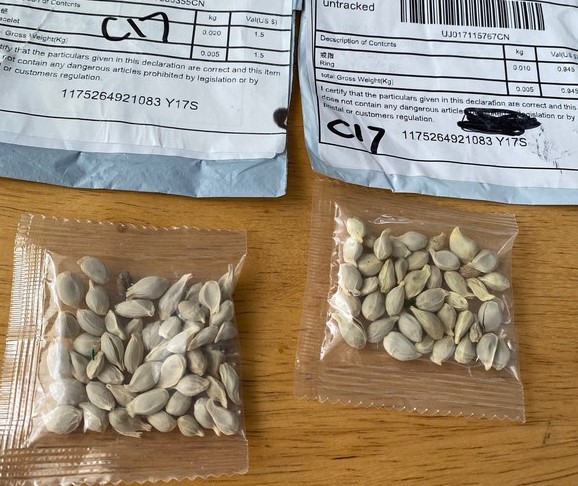 Wisconsin officials urge people not to open any mysterious packages of seeds from China.

The Department of Agriculture, Trade and Consumer Protection says they are working with USDA’s Animal and Plant Inspection Service to investigate seed shipments to prevent the spread of invasive species.

DATCP officials urge people not to open the sealed packages, and not to plant or throw away the seeds.  People are also encouraged to save the packaging and mailing labels used to send the seeds so investigators can attempt to trace the shipments.  Wisconsin has an online reporting form to let officials know about the seeds.

DATCP says all foreign seeds shipped to the United States should have a phytosanitary certificate that guarantees the seeds meet import requirements. Unsolicited seeds could be invasive species, contain noxious weeds, could introduce diseases to local plants or could be harmful to livestock. They also say invasive species and noxious weeds can displace native plants and increase the costs of food production.

People in several states have received the small shipments of seed packages without ordering them.