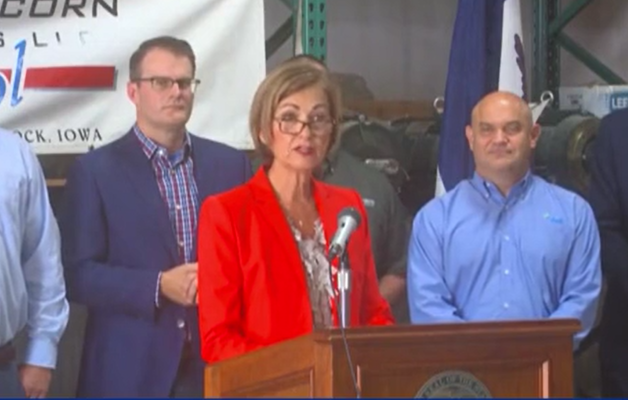 Iowa Governor Kim Reynolds has signed legislation that will lower taxes on renewable fuels sold in the state.

The bill extends and modernizes fuel tax differentials for E15 and higher ethanol blends and B11 and higher biodiesel blends, which would have expired on June 30th.

“It’s going to make higher blend biofuels even cheaper at the pump, making it an even more appealing option for consumers,” Reynolds said. “That will drive demand for home-grown renewable fuels, which is good for Iowans, our farmers and, of course, our Iowa biofuels industry.”

Reynolds also announced an additional seven million dollars in funding, through the federal CARES act, for the Renewable Fuels Infrastructure Program. That program offers cost-share dollars to fuel retailers who install or convert their equipment to allow the expanded use of renewable fuels in Iowa.