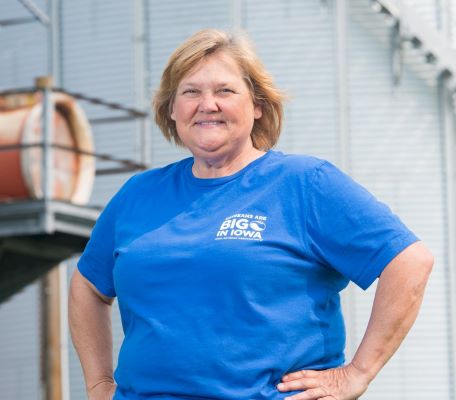 The corn market is showing some signs of life after yesterday’s bullish acreage report.

“I talked to my banker and I said, ‘I’m not worried about this year. I’m worried about next year,’” Hemmes says. “Because usually I have 30 percent of my crop sold and I have not sold anything—maybe five percent—and I’ve talked to a lot of other farmers who are in the same boat. Because if you can barely sell for above the cost of production, why pull the trigger? It’s just very frustrating right now.”

On the positive side, Hemmes says her crops look very good.

“The corn has really taken off. I cannot believe how much it’s grown in the last couple weeks. And the beans are finally starting to take off, so that’s good. But, boy, are they short.”

She says they’re good on moisture after receiving six inches of rain over Father’s Day weekend.