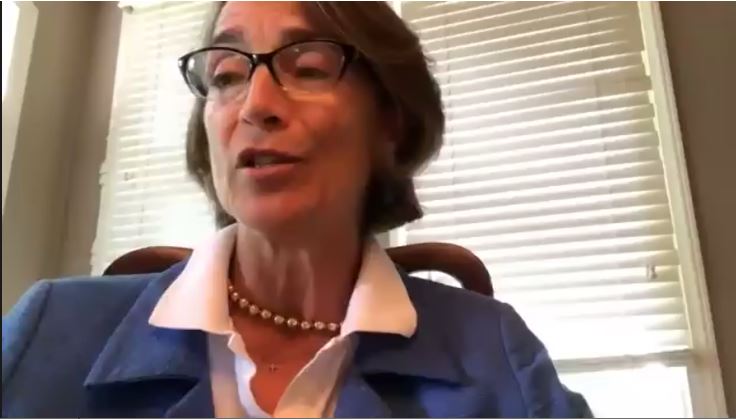 House Ag Committee Chairman Colin Peterson says the implementation of the USCMA on Wednesday is a very positive thing for agriculture.

“At a time when we need positive signs and positive action in agriculture so I just want to thank everyone for their involvement. Thank God we got it done when we did.”

Peterson cautioned, on a Farmers for Free Trade call with other lawmakers and several farmers, that the U.S. needs to be vigilant with enforcement.

“We see some monkey business going on in Mexico. We continue to worry about the Canadians and what they’re up to with dairy policy.”

Peterson says there are some troubling signs of other countries using COVID-19 to put up trade barriers.

Iowa Senator Joni Ernst, on the call sponsored by Farmers for Free Trade, says the importance of trade with Canada and Mexico cannot be understated.

“Mexico and Canada is still more than the next 27 trade partners, so it is so very important to the state of Iowa that we had this trade agreement done.”

Ernst says NAFTA was signed in the mid-90s and HAD to be improved, “NAFTA was before Twitter and Facebook and all of those other things. So, we really did have to bring our trade agreement into the modern age.”

Wisconsin Congressman Ron Kind says Congress will have a close eye on Canada, “We’re going to be watching very closely with the implementation of dairy up in Canada. But, even beyond that, poultry, egg, lumber and especially SPS standards. It’s always been an irritant of us with Canada in particular.”

Kind, a member of the trade subcommittee, says oversight and implementation of USMCA will be key, “Not that it’s a cure all. We’ve got a lot more work to do to support production agriculture and the plight that our family farmers are incurring right now but this is a good model. One that we should be building upon.”

Kind says the U.S. needs to resolve the trade dispute with China and re-enter the Trans Pacific Partnership.

Former Arkansas Senator and chair of the Senate Ag Committee joined with Farmers for Free Trade to promote passage of the USMCA, “And now the implementation of USMCA which is so critically important to our nation’s farmers and to all of our rural communities.”

Lincoln was on part of the RV motorcade that covered 20-thousand miles in 30 states to push for USMCA’s passage and says the agreement is sorely needed as COVID19 forced a blow to food and ag.

“Our nation’s farmers, food processing workers, food distribution – you name it – these are essential workers and we must do everything we can to ensure they are able to continue providing America and the world with the safest, most affordable and abundant supply of food and fiber across the globe.”