Hotter, drier pattern ahead for much of the Heartland 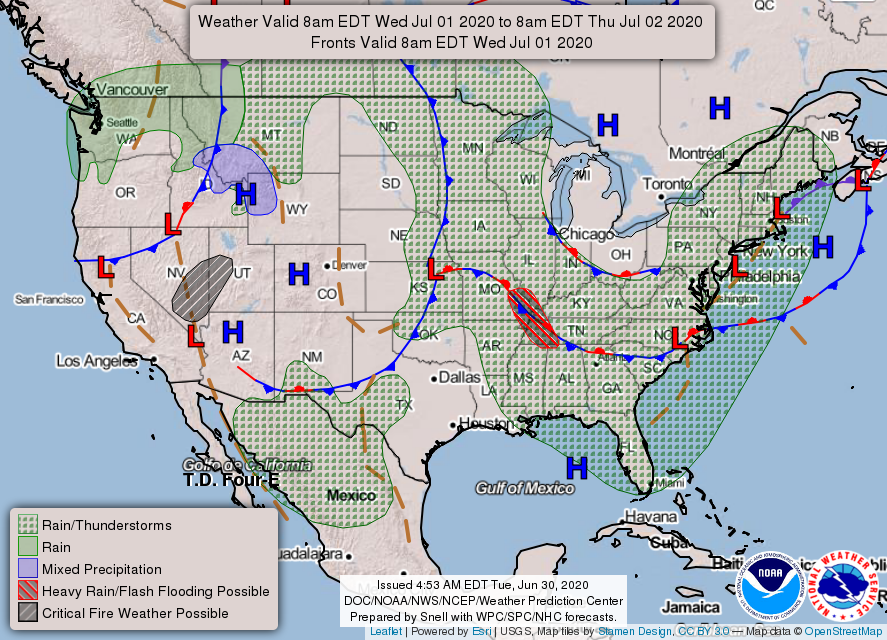 A cold front crossing the nation’s mid-section will stall and weaken by the middle of the week. Meanwhile, a disturbance will generate scattered showers across the Southeast. As a result, 5-day rainfall amounts should total 1 to 3 inches across the northern Plains and from the Mississippi Valley into the Southeast.

In addition, much-needed rain (1 to 2 inches) should fall in the Northeast. In contrast, little or no rain will occur from the Pacific Coast to the southern half of the Plains. Mostly dry weather will also prevail through week’s end in the lower Great Lakes region.

Elsewhere, temperatures will gradually rebound to near-normal levels in the West, while near- or above-normal readings will dominate the remainder of the country.

Looking ahead, the 6- to 10-day outlook calls for the likelihood of near- or above-normal temperatures nationwide, except for cooler-than-normal conditions in northern California, the Pacific Northwest, and parts of the interior Southeast.

Meanwhile, near- or below-normal rainfall in the majority of the country should contrast with wetter-than-normal weather in much of the Southeast and across the nation’s northern tier as far east as Minnesota.