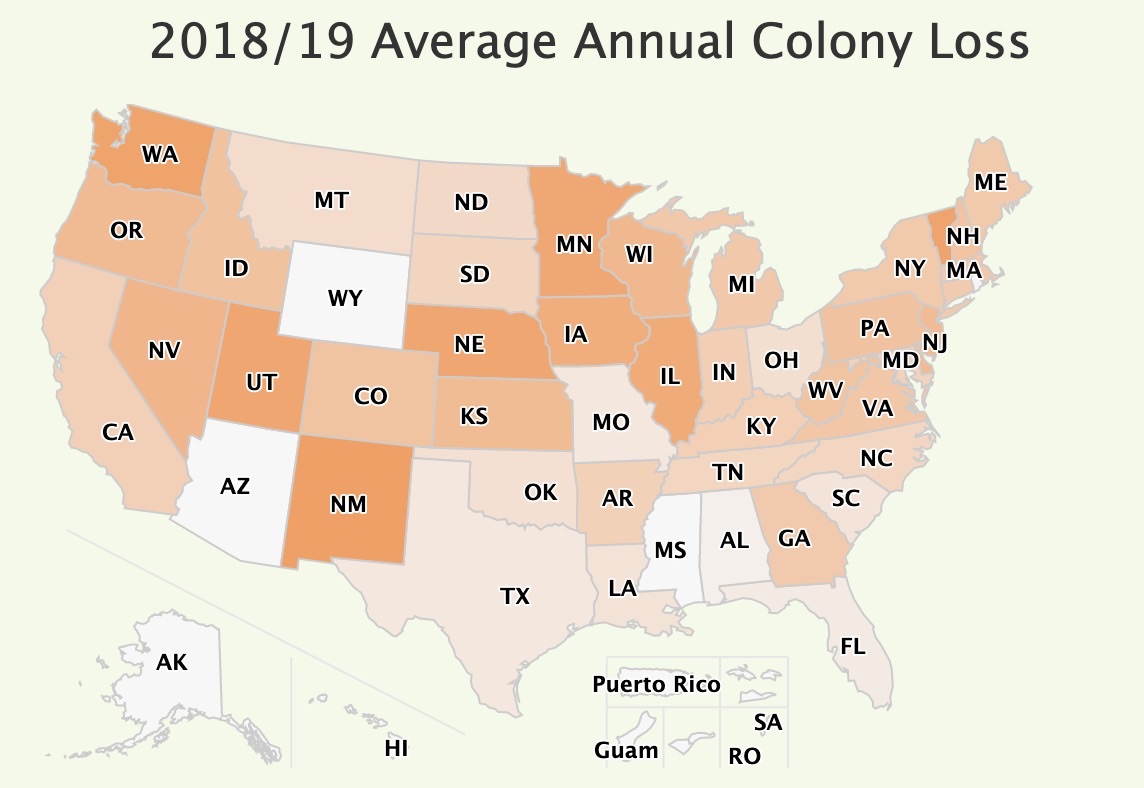 Honeybee colony losses in 2019 were at both ends of the spectrum, showing major gains and losses.

A national survey of beekeepers by the Bee Informed Partnership found during the 2019 to 2020 winter season more than 20 percent of managed honeybee colonies were lost, the second-lowest loss in 13 years of survey reports.  The previous winter season reported the highest loss of colonies since reporting began.

However, the survey also found 30 percent of colonies were lost from April through October last year, the most on record for a summer season.

Field specialist Dan Aurell says beekeepers reported the California queen raising season in 2019 was the worst in 30 years which was a main factor in summer loss numbers.  Researchers also believe colonies rise and fall with the weather, varroa mite loads, pesticide loads, and a variety of other factors contribute to the losses.

From April 2019 through April 2020, beekeepers lost more than 40 percent of managed colonies, the second-highest recording of losses in the past decade and up more than three percent from the prior year.