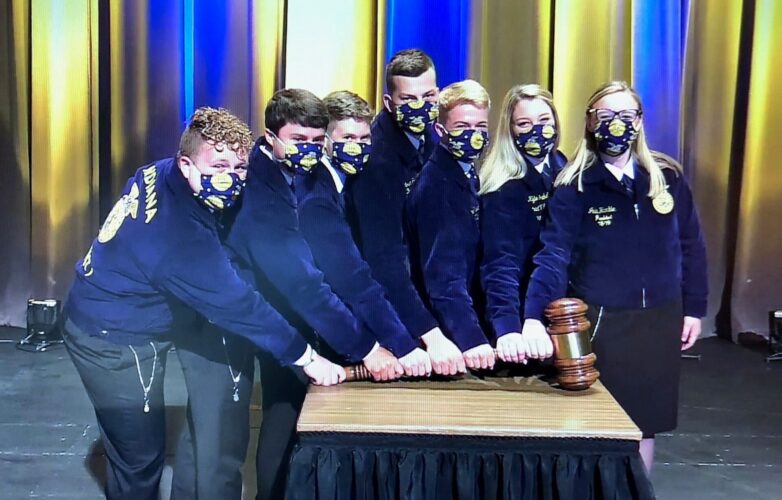 Matlock grew up on a row crop and cattle farm and says it has been a dream of his to serve as a state FFA officer.

“I know what the state officers in the past have done for students and myself and I really want to leave that impact on this organization,” he says.

Kylie Schakel of Hamilton Heights is the new state secretary.

Schakel says she’s most looking forward to finding a way to unite members and embrace everything that happens.

“I’m super excited to not only get to meet the members one way or another but take everything that’s thrown at us and roll with the punches,” she says.

The other new state officers are: Julia Hamblen of Shelbyville Central is president, Blayne Vandeveer of Tri County is northern region vice president, Evan Coblentz of Wawasee is treasurer, Derick Williams of Union City is reporter, and Luc Sproles of Frontier is sentinel.