Rain on parts of the Plains; much cooler air on the move

Across the Corn Belt, warmth in the lower Great Lakes region contrasts with cooler conditions west of the Mississippi River. In addition, rain in the southwestern Corn Belt, including parts of Iowa and Nebraska, is helping to replenish topsoil moisture, following a period of hot, mostly dry weather.

On the Plains, cooler air continues to arrive. Friday morning’s low temperatures fell below 40° in parts of eastern Montana and the western Dakotas. Meanwhile on the central and southern Plains, showers and thunderstorms are slowing winter wheat harvesting but providing generally beneficial moisture for rangeland, pastures, and summer crops, some of which have been stressed by recent heat and dryness.

In the South, pesky showers are associated with a nearly stationary disturbance centered over the Appalachians. Rain is also falling in parts of southern Florida. Across the remainder of the region, mostly dry weather is promoting winter wheat maturation and fieldwork, including hay cutting. In Tennessee, for example, the first cutting of hay was 75% complete by June 14, compared to the 5-year average of 72%. 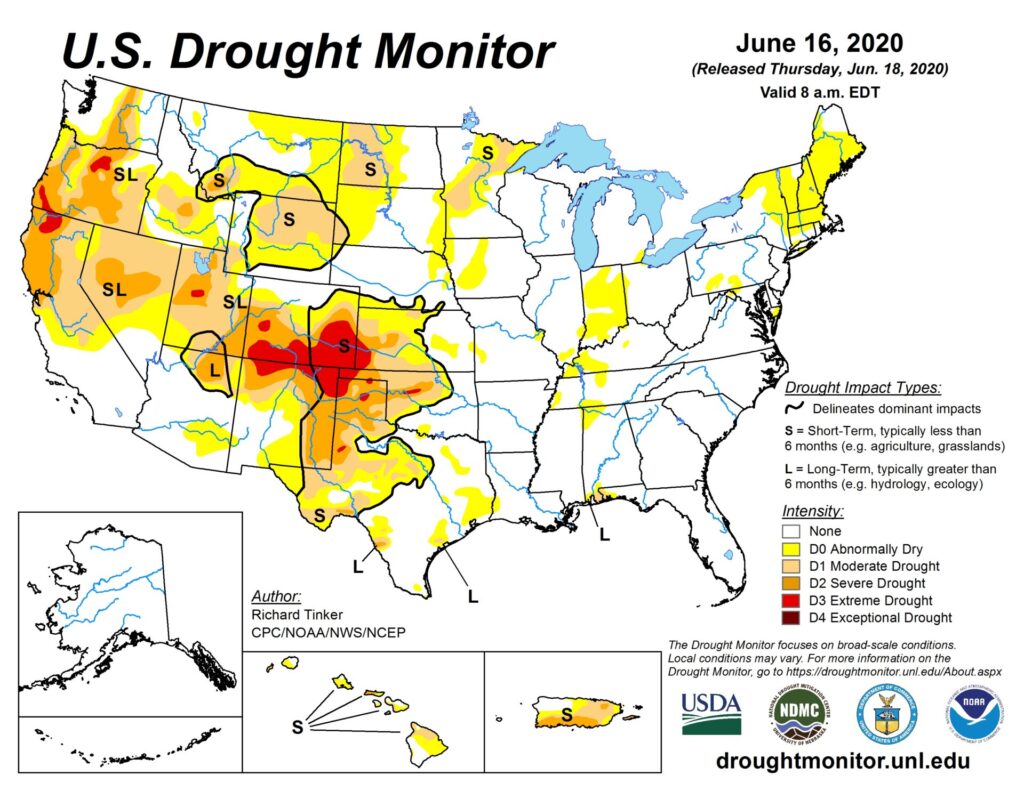 In the West, warm weather in northern California and the Pacific Northwest contrasts with below-normal temperatures farther south and east. However, smoke from Southwestern wildfires is resulting in degraded air quality in portions of Arizona and New Mexico. Currently, the largest active wildfire is burning northeast of Mesa, Arizona; the Bush Fire has consumed nearly 115,000 acres of vegetation and is only 5% contained.