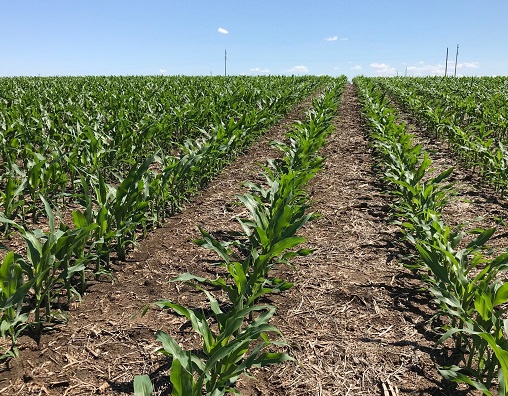 A northeast Iowa farmer says his corn is bouncing back after several inches of rain last week.

Bob Hemesath of Decorah says he picked up four and-a-half inches in the span of a couple days.

“Things are coming around pretty good. There’s some yellow spots (because) we had more rain than we needed last week, but overall the crop I’d say is looking really good to excellent.”

The corn-on-corn farmer says because of rolling hills and contours, side-dressing nitrogen is not an option.

“But we do some top-dressing of urea with an airplane, so we’re probably about 10 days to two weeks off on that. Probably around the first of July depending on how this crop grows.”

Hemesath, an at-large board director for the Iowa Corn Growers Association, finished planting around the first of May.

He also owns a wean-to-finish hog operation and says now that post-emerge herbicide spraying is done, he’s keeping busy taking care of pigs and catching up on projects.