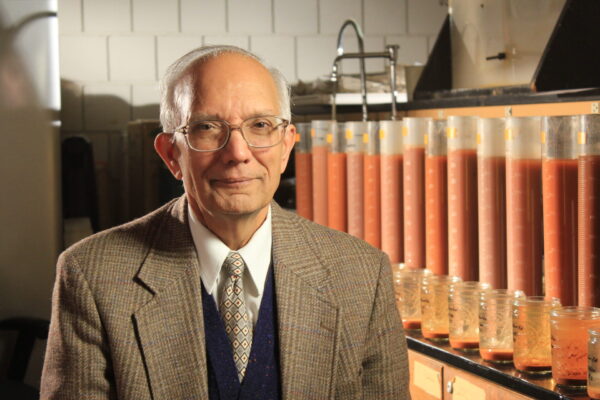 A soil scientist has been named a 2020 World Food Prize Laureate for improving global food production and mitigating climate change by helping farmers improve their soil.

Dr. Rattan Lal is a professor of soil science at Ohio State University and founding director of the university’s Carbon Management and Sequestration Center.

World Food Prize Foundation President Barbara Stinson says Lal is a trailblazer in soil science with his decades of work to address soil health, improve ag production and nutritional quality of food, and restore the environment.

Lal was born in India and studied soils at Punjab Agricultural University. He received a doctorate at Ohio State University.

He began his research career in West Africa, developing soil health restoration projects across Asia, Africa, and Latin America. This research led to revelations that impacted agricultural yields, conservation, and climate change mitigation. He returned to OSU in 1987, where his research showed how carbon can be sequestered in soils.

Lal says the “unbound joy and excitement” of receiving the World Food Prize reminds him about the gratitude, privilege, and honor of working for farmers around the world.

Lal was awarded $250,000, which he will donate for future soil research and education. He is the first at Ohio State to receive the award.