Across the Corn Belt, rain is encroaching from the west, in conjunction with a cold front, and falling across Missouri and environs, associated with Tropical Depression Cristobal. Early Tuesday morning, Cristobal was centered about 80 miles east-southeast of Springfield, Missouri, moving northward at 25 mph. Meanwhile, warm, dry weather in the eastern Corn Belt continues to promote winter wheat maturation and a rapid pace of corn and soybean growth. 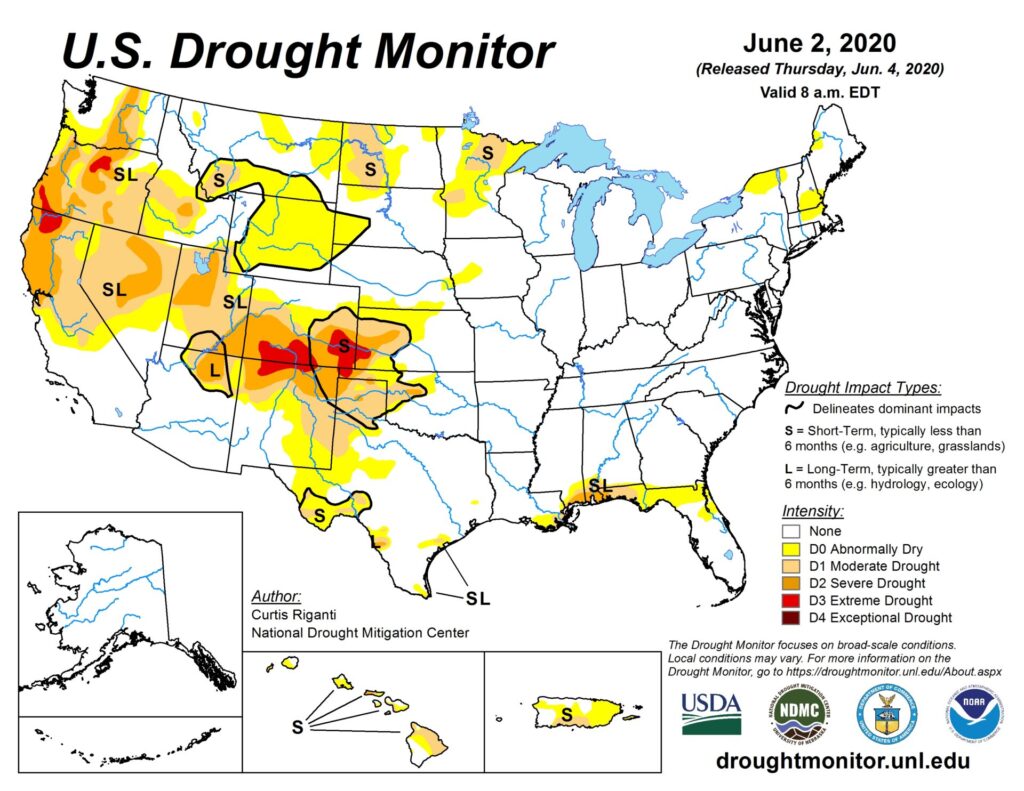 On the Plains, a low-pressure system is centered over western Kansas. Cool, windy weather is arriving across most of the region, although hot, humid conditions linger on the southeastern Plains. Significant precipitation—a cool, wind-driven rain—is falling early Tuesday from eastern Colorado into parts of the Dakotas. Drought continues to worsen, however, across the southern High Plains.

In the West, freezes were reported again Tuesday across parts of the northern Great Basin. Portions of western Colorado and environs also experienced sub-freezing temperatures. In contrast, above-normal temperatures are returning across much of California. Elsewhere, snow is blanketing the central Rockies early Tuesday, while precipitation is overspreading the Pacific Northwest.