An active pattern next week across the Heartland 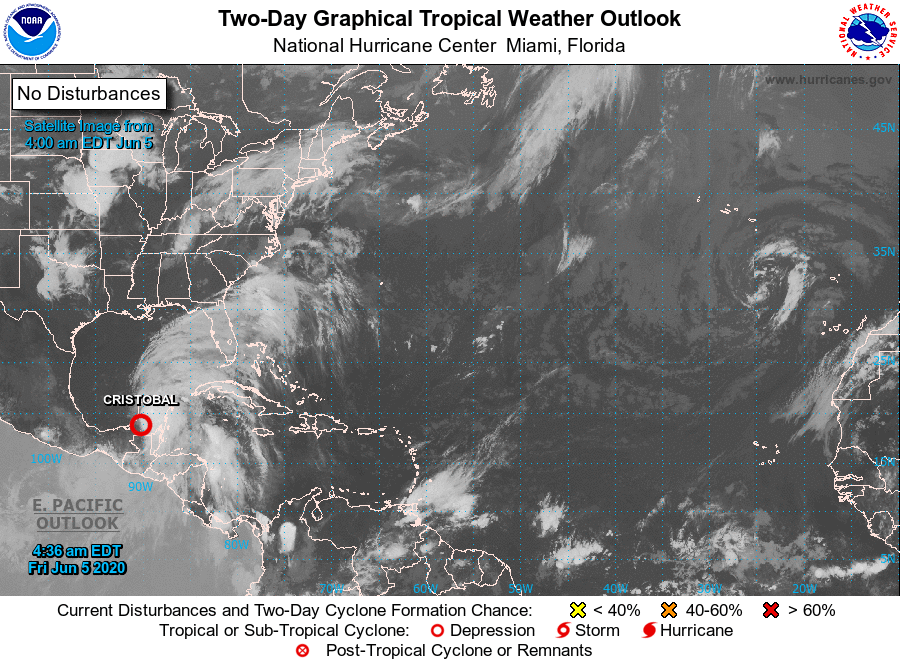 Tropical Storm Cristobal, currently drifting northward, should reach the central Gulf Coast of the U.S.—most likely Louisiana—late in the weekend. 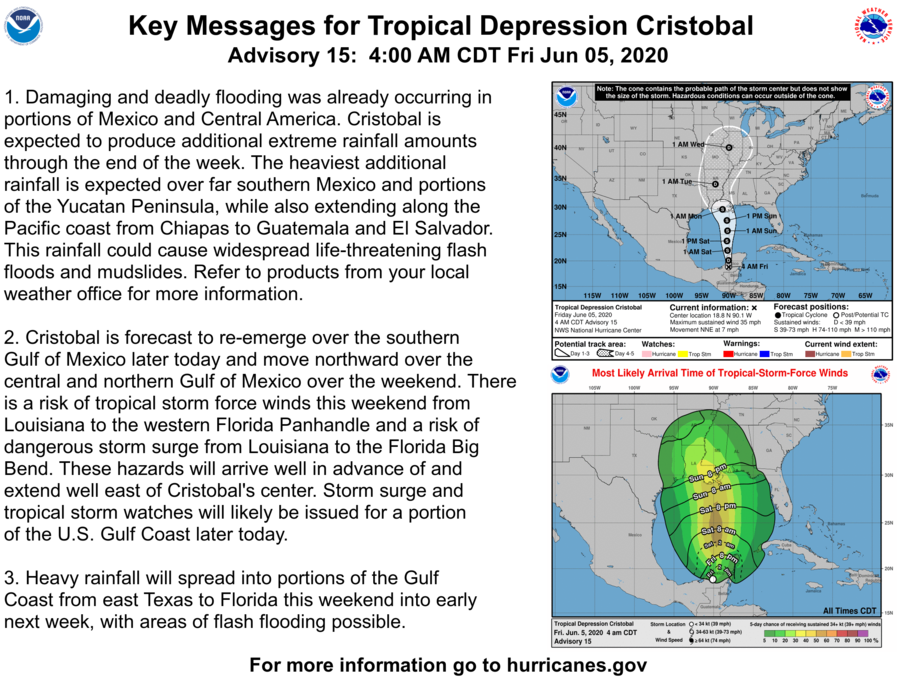 Given that Cristobal will likely be only at tropical-storm intensity and accelerating northward upon reaching the U.S., agricultural impacts should be relatively minor. Row crops in the Mississippi Delta include cotton and rice, neither of which are at a stage of development that leaves them particularly vulnerable to gusty winds or briefly heavy showers

In addition, Louisiana’s sugarcane should be able to withstand a tropical storm without major impacts. In fact, rain associated with Cristobal may help to vanquish drought along and near the Gulf Coast, from southeastern Louisiana to western Florida. Farther north, the remnants of Cristobal are expected to merge with a cold front early next week, possibly enhancing rainfall across the upper Midwest and environs. Most other areas of the country will experience periodic showers, with some of the heaviest precipitation falling across northern sections of the Rockies and Plains.

Hot weather, currently in place across most of the country, will be replaced by cooler conditions in most areas by early next week.

Looking ahead, the 6- to 10-day outlook calls for the likelihood of near- or below-normal temperatures nationwide, except for hotter-than-normal weather in California and across the Deep South from Texas to Florida.

Meanwhile, near- or above-normal rainfall in the Far West and from the Mississippi Valley eastward should contrast with drier-than-normal conditions across the Rockies and High Plains.