June 3, 2020 By Shannon Yokley Filed Under: Behind the Scenes 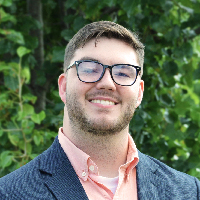 Brownfield Ag News is pleased to announce Will Robinson has joined the Brownfield team as Anchor/Reporter. He will be based in Missouri.

“Will joined Brownfield as an intern last summer. He impressed us with his aptitude for ag journalism and he continues to polish and develop his craft,” says Cyndi Young, Director of Brownfield and Ag Operations. “Will has strong roots in agriculture and a passion for good journalism. We are fortunate to have him on our team!”

Will is from Wellsville, Missouri and a recent graduate of the University of Missouri where he majored in science and agricultural journalism with an emphasis in radio broadcast and minored in agriculture economics. While in school, he worked for an NPR affiliate, KBIA News in Columbia as a reporter/anchor. He was named Missouri Ruralist College Farmer in 2019.

His involvement in 4-H and showing livestock fueled his passion for the agriculture industry. He was involved in multiple campus and university organizations including Alpha Gamma Sigma, MU Block and Bridle and Agricultural Communicators and Leaders of Tomorrow where he served as Co-president.