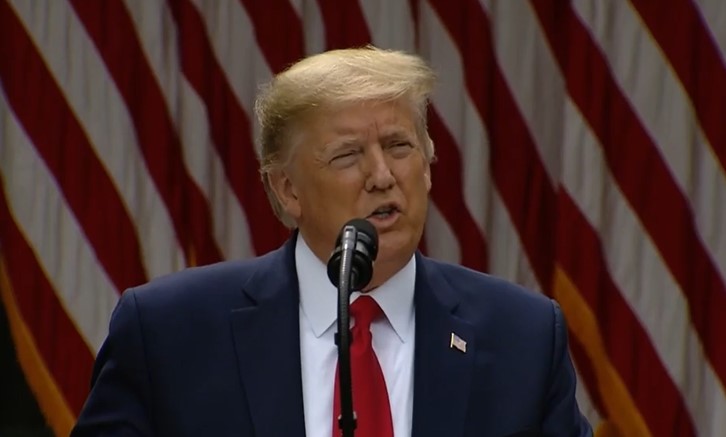 After Friday’s close in the commodity markets, President Trump announced new sanctions on Beijing because of coronavirus, Hong Kong, and issues regarding technology.

University of Missouri agricultural economist Scott Brown tells Brownfield Trump’s announcement might impact the Phase One Trade Deal. “So if the Chinese decide they don’t want to meet that Phase One deal, how do we hold them to it? And, given that we’ve increased the pressure on some other areas unrelated to ag, I’m not sure where that plays out.”

And, Brown says the U.S. pork industry has benefited from trade with China recently. “From a pork perspective in particular, I think we’ve continued to see some positive news in terms of Chinese trade taking our U.S. pork and if that were to change, that puts a little dull on the otherwise shine that we’ve seen on export markets.”

Brown says as of Friday afternoon, it’s too early to tell how markets might be affected by the Trump announcement.

Trump criticized China’s handling of the coronavirus at Wuhan, the continual theft of American industrial secrets, smothering the freedom of Hong Kong, and taking additional territory in the region.  Trump also says the U.S. will terminate its relationship with the World Health Organization, which he says has failed to make reforms. The President said, “I will issue a proclamation to better secure our nation’s vital university research and to suspend the entry of certain foreign nationals from China who we have identified as potential security risks. I am also taking action to protect the integrity of America’s financial system.”

Trump did not take questions from the media afterward. The White House did issue a statement saying new actions will dismantle China’s ability to use graduate students to steal intellectual property and technology from the U.S. by blocking certain people from using F or J visas to enter the country.