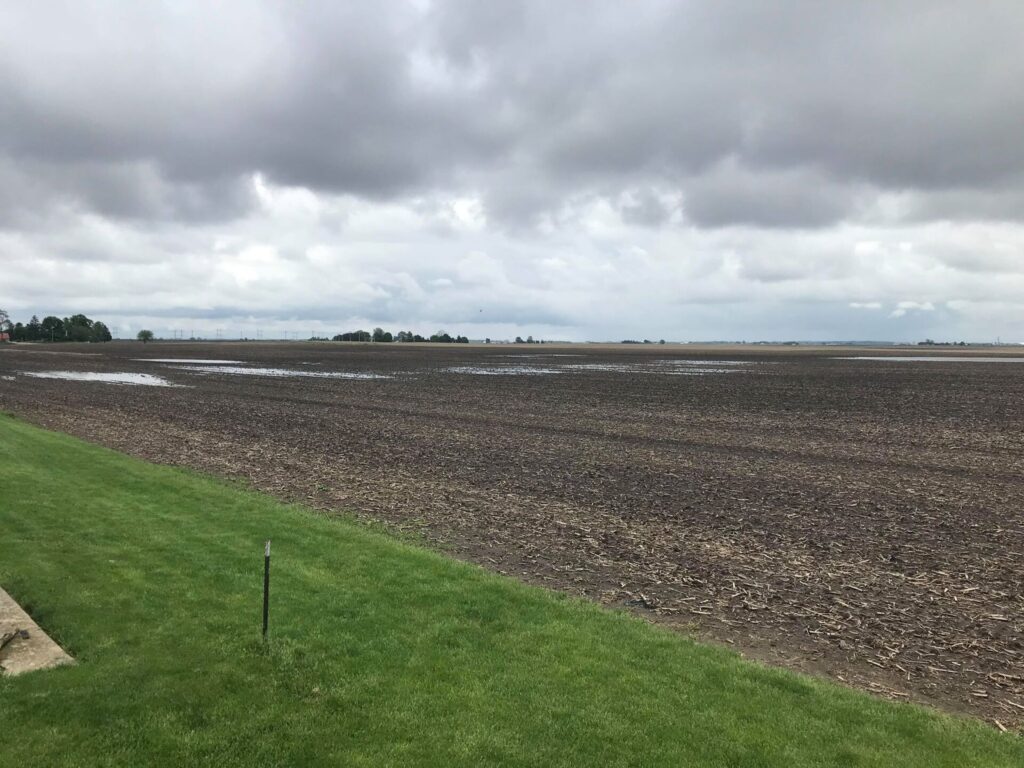 Mike Wurmnest has been waiting for this field to dry up enough to plant corn.

A north central Illinois farmer says weekend rainfall will keep him out of the fields most of this week.

Mike Wurmnest farms corn, soybeans and wheat in Deer Creek, Illinois where they got nearly three inches of rain.

“We literally have ponds of very saturated soils and it’s only 60 degrees here now so we are looking at the end of the week I would say before I can get back in and finish the rest of my corn planting.”

That window could be longer for other areas of Illinois that received more than 4 inches.

Wurmnest tells Brownfield the freezing temperatures the second weekend in May have him concerned about his wheat crop.

“There are some wheat fields that have a little bit of damage to the kernels in boot state.”

Wurmnest, who planted soybeans ahead of corn this year, says thankfully his beans did not emerge until after the freeze and expects minimal replant from recent heavy rains.

Wurmnest also serves as a director on the Illinois Corn Marketing Board.