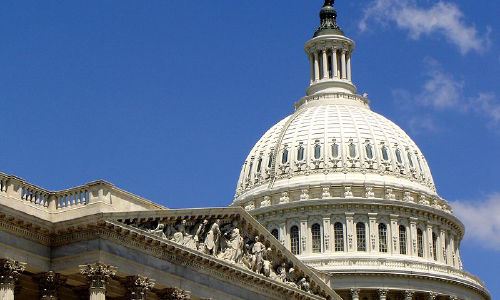 With Congress returning to its petty partisan wrangling over which party can throw the most money at American businesses and the general public, I was all set to write about how everybody needs to put their hands back in their respective pockets, abandoning any notion the federal government will make all the COVID 19 economic pain go away by writing checks.

Then I read an opinion piece, a personal revelation written by a real live grower, active in both his state and national grower organizations.  He called on his brothers and sisters in agriculture to drop the brave, stoic farmer façade, and in the face of economic stress and personal depression, reach out for help.  He wrote of his dad getting through the 1930s, and how he had a rough time in the 1980s, so rough and so depressed was he, he wouldn’t get out of bed.

The federal government can, should and must help take away at least some of the pain of those conditions our farmer friend lists, at least those for which the administration is arguably responsible, i.e. trade wars, biofuels, etc.  However, it appears Congress is once again literally shoveling money at farmers to make them “happy,” but then 2020 is an election year and nothing gets voter attention more quickly than cash in their pockets or taxes never paid.

However, is it the best use of tax dollars – let’s not forget that’s where the money comes from – and is it in the producer’s ultimate long-term best interest to economic allow aid to be so politicized?

Already 30-plus House members and a handful of Senators want $50 billion more to be earmarked for agriculture in what House Speaker Nancy Pelosi (D, CA) calls “phase four” of congressional “economic stimulus” and what the cynics among us call “bailouts.”  The Democrats’ “HEROES Act,” approved May 15 on House party line vote, will consume Senate and White House debate and headlines until mid to late June.

While the pot isn’t $50 billion, agriculture isn’t at all ignored in the HEROES Act.  Under the Democrat plan, the Treasury would pony up another $16.5 billion in direct payments for farmers and ranchers, on top of $16 billion in direct payments — as part of the Coronavirus Food Assistance Program (CFAP) included in the CARES Act, and roughly $3 billion – of which $1.2 billion is already spent – targeted to buy surplus commodities.  And there’s no cap on how much a producer can receive from Uncle Sam, and none of this “stimulus” aid counts what producers receive from conventional Farm Bill programs, crop and margin insurances, etc. It also does not consider help from the various “small business” – 500 or fewer employees – aid  loan and grant programs, tax breaks, etc.

The HEROES Act also carries a new USDA Renewable Fuel Reimbursement Program (RFRP), designed to make happy corn and oilseed producers, as well as renderers, ethanol, biodiesel and renewable diesel refiners.  Because folks generally aren’t driving and fuel demand is off, the program if it survives would authorize USDA to pay 45 cents per gallon of any “qualified fuel” from January 1 through May 1, 2020,   including any renewable fuel or advanced biofuel qualifying under the Renewable Fuel Standard (RFS).  Eligible “entities” under RFRP include any domestic facility that produced any qualified fuel during calendar year 2019.  Producers forced offline for one or more calendar months would qualify for the same credit, based on half the volume produced during the corresponding month or months in 2019.

State and national ag/agribusiness associations must recognize this pandemic brings opportunities, not only pain.  Organized ag/agbiz should abandon the notion direct payments are the panacea to all that ails agriculture.  The COVID 19 pandemic is unprecedented, but it won’t be the last national or international crisis to hit producers, their suppliers or their customers.  Direct payments should never be Congress’ default position; this disaster should not set the precedent for how we will handle future disasters.  We should spend wisely not rashly.

This is an opportunity to implement systemic program fixes to spend available dollars most efficiently and avoid lingering uncertainty and helplessness.  This is way to maximize impact, while minimizing “farm stress.”  It makes more sense to empty a leaking bucket, plug the leak and then refill it.