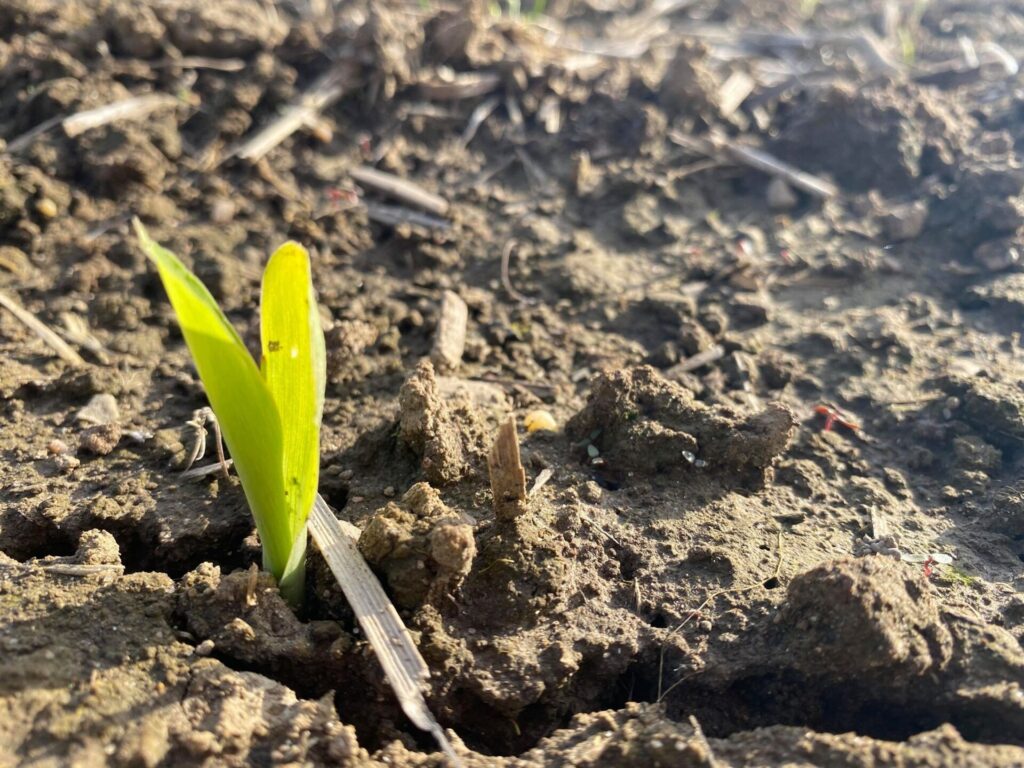 Brad Rippey says the good news is both corn and soybean planting are ahead of the five-year average and well ahead of last year at 67% and 38% planted, respectively. He says the bad news is key growing areas were hit with freezing temperatures over the weekend including the emerging corn crop in Minnesota, Illinois and Indiana.

“All of those states were largely hit by statewide freezes on May 9th and 10th. There will certainly be an effort to watch that crop to see how much damage was done by temperatures the locally dropped well into the 20’s.”

He says less soybeans have emerged than corn, but 20% of the nation’s planted crop is in states hit by the freeze including Iowa, Michigan, Minnesota, Nebraska and Wisconsin.

“There is concern for soybeans which tend to be less hardy with respect to freezes than corn early in the season. There is some significant concern that some of that soybean crop could be lost and may need to be replanted.”

Rippey says the planting story is still brighter than 2019, as farmers have well over double the corn and four-times the amount of soybeans in the ground compared to this time last year.