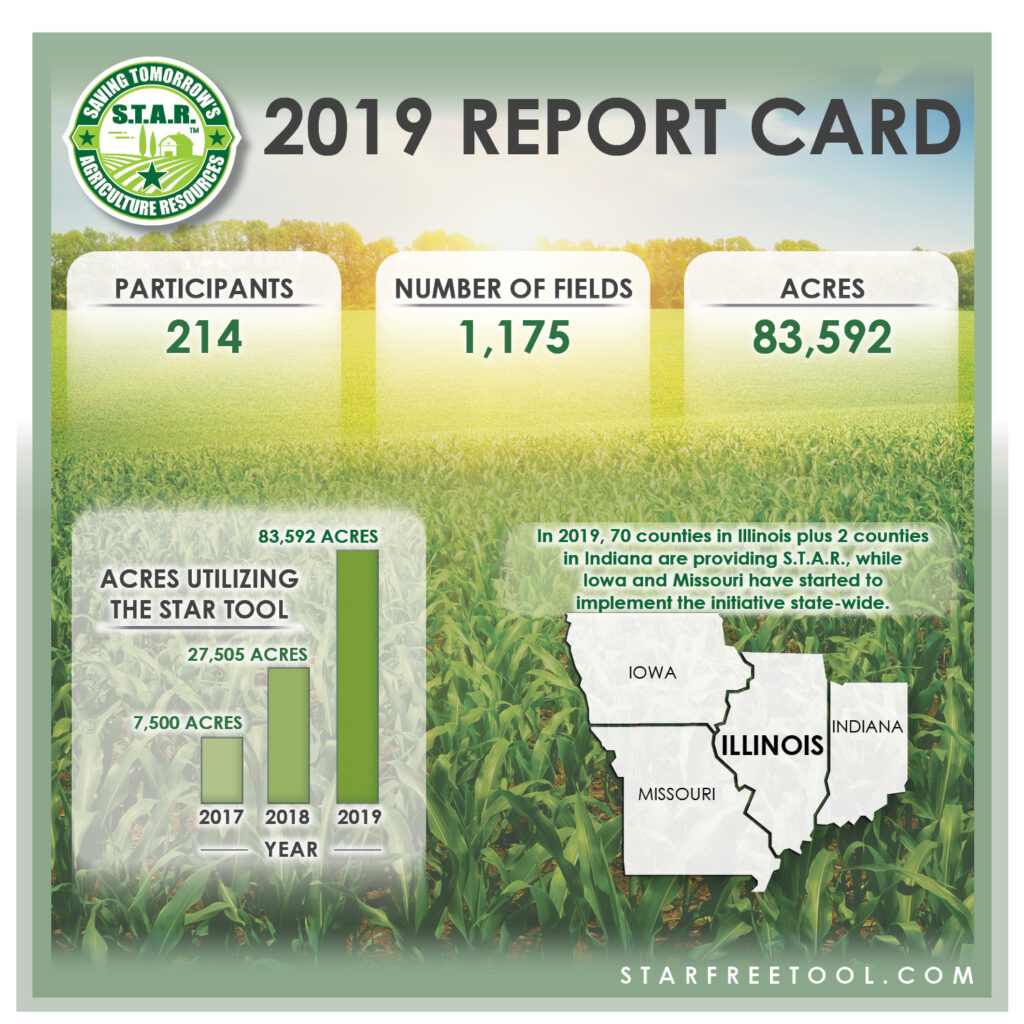 The program, which began in Illinois’ Champaign County in 2017, encourages farmers to use conservation practices such as cover crops and no-till on their land by giving them a 1-5-star rating.

Program Director Bruce Henrickson tells Brownfield in 2019 S.T.A.R. was used by 214 participants on nearly 1200 fields for a total of more than 83,000 acres. He says this progress by farmers is preventing further government regulations.

“If farmers and landowner don’t make some of the changes to reduce the problem, particularly as we think about the area of the Gulf of Mexico, then the government might very well do that.”

Seventy counties in Illinois plus two counties in Indiana (Parke and Vermillion) now provide the S.T.A.R. program. He says Iowa and Missouri have also started to implement the initiative statewide with region-specific criteria.

“A county in the middle of Iowa might not have the same recourse concerns that we do in Champaign County, or a county in the southern part of Missouri where there is going to be a lot more pasture and that type of thing.”

He says the free and simple initiative has spread much further than they expected but they are looking forward to more growth this year.