Chilly weather covers the Corn Belt, parts of the Plains

May 6, 2020 By gsoulje@brownfieldnetwork.com Filed Under: Ag Weather

Across the Corn Belt, cool weather prevails, with widespread temperatures below 40° reported Wednesday morning. Wednesday’s low temperatures included 32° in Madison, Wisconsin; 33°F in Grand Forks, North Dakota; and 34° in Flint, Michigan. Although substantial corn and soybeans have been planted in parts of the western and central Corn Belt, emergence continues to occur at a sluggish pace due to chilly conditions. 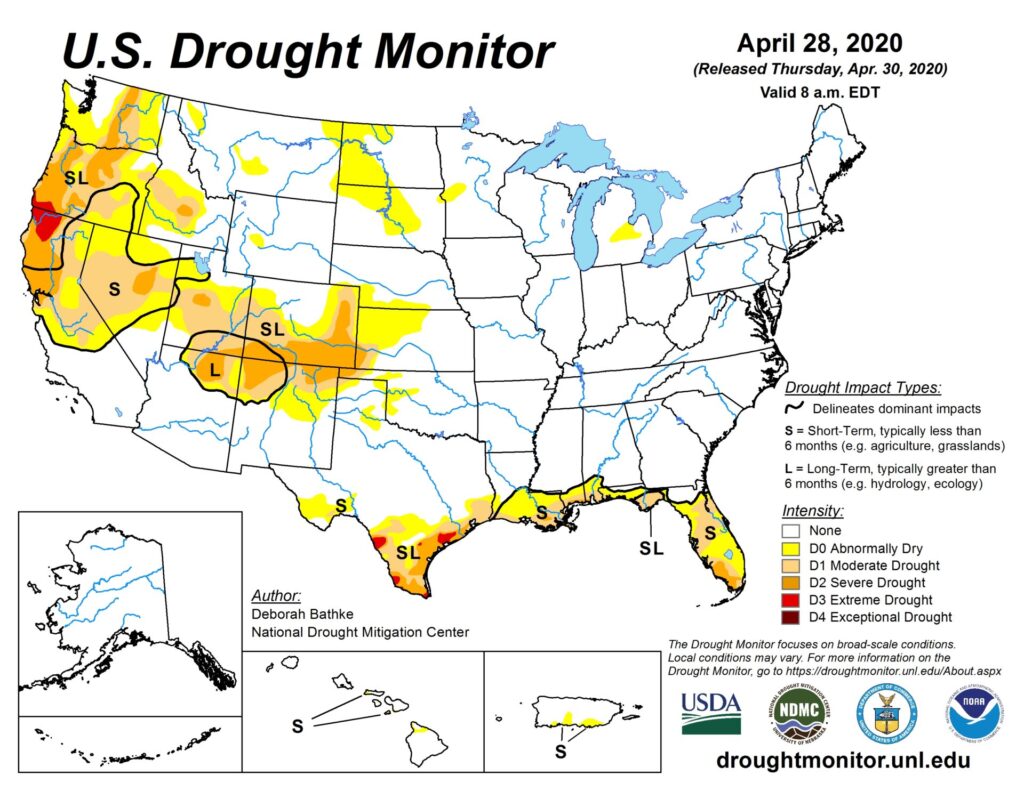 On the Plains, freezes occurred early Wednesday in an area broadly centered on eastern Wyoming and western sections of Nebraska and South Dakota. In fact, below-normal temperatures throughout the Plains are slowing crop emergence and development, although dry weather is promoting fieldwork. However, drought across portions of the central and southern Plains has left topsoil moisture rated 60% very short to short in Texas, along with 49% in Colorado and 39% in Kansas.

In the South, rain showers stretch from the coastal Carolinas to southern Texas. Warmth lingers across Florida’s peninsula, but below-normal temperatures cover the remainder of the South. Despite the cool conditions, drier weather across the Mississippi Delta and environs favors an acceleration of fieldwork previously delayed by excessive wetness.

In the West, cool, showery weather is overspreading the Pacific Northwest. Meanwhile, very warm, dry weather continues to favor fieldwork and crop development in California and the Southwest. An early-season heatwave persists in lower elevations of the Desert Southwest, where Wednesday’s high temperatures could approach 110°.