A brief break in rain systems for the Heartland

Across the Corn Belt, a Frost Advisory was in effect early Monday across parts of Indiana, Michigan, and Ohio, where Monday morning’s low temperatures locally fell below 32º. Farther west, scattered showers are occurring early Monday in the middle and upper Mississippi Valley. In addition, soils in parts of the southern and eastern Corn Belt remain very wet in the wake of recent rainfall. Spring planting is active, however, in drier sections of the western Corn Belt. 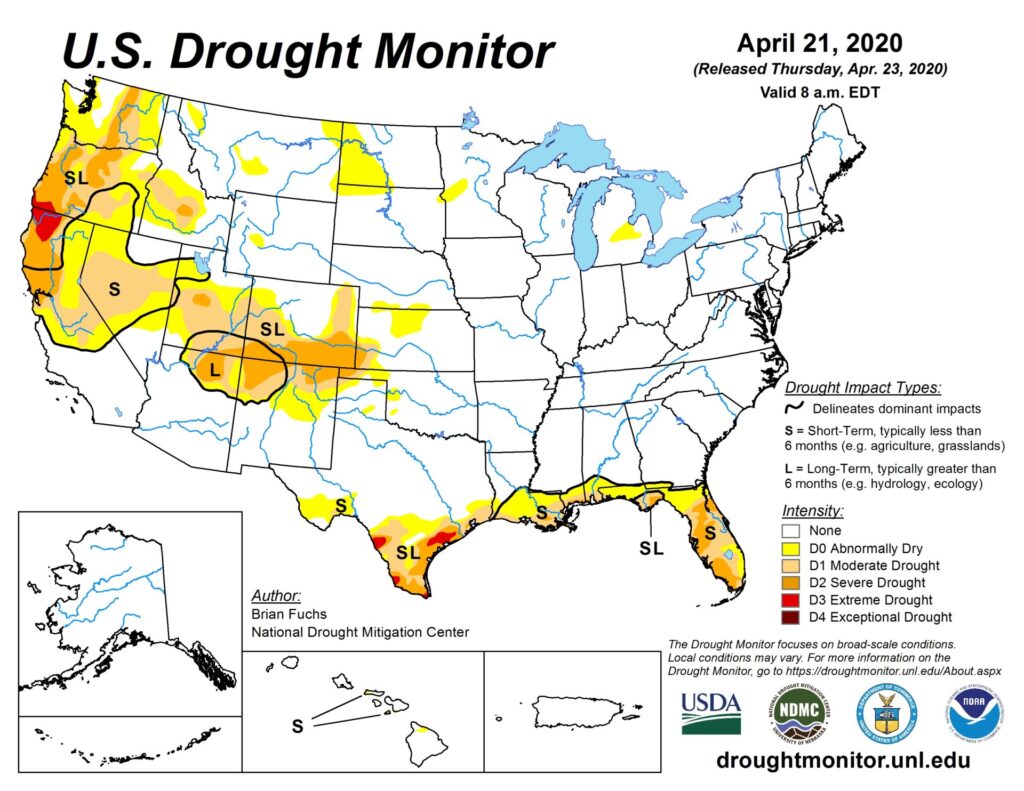 On the Plains, mostly dry weather and above-normal temperatures favor fieldwork and crop growth. However, pockets of dryness and drought remain a concern in a few areas, especially from eastern Colorado into the panhandle of Oklahoma and parts of western and central Kansas. In addition, winter wheat producers across the central and southern Plains continue to monitor the impact of mid-April freezes.

In the South, cool, dry weather prevails, following last week’s heavy rain, which totaled 5 inches or more in many locations from northern Louisiana to central Georgia. In contrast, drought persists along and near the Gulf Coast, including southern Texas and Florida, although much of Florida recently received much-needed rainfall.

In the West, early-season heat continues to promote fieldwork and crop development. Monday’s high temperatures will exceed 100º (for the fourth consecutive day) at lower elevations of the Desert Southwest. In mountainous areas from the Sierra Nevada to the Intermountain West, warmth is resulting in rising river levels due to melting of high-elevation snowpack. Currently, a few showers are spreading across the Northwest in conjunction with a Pacific cold front.