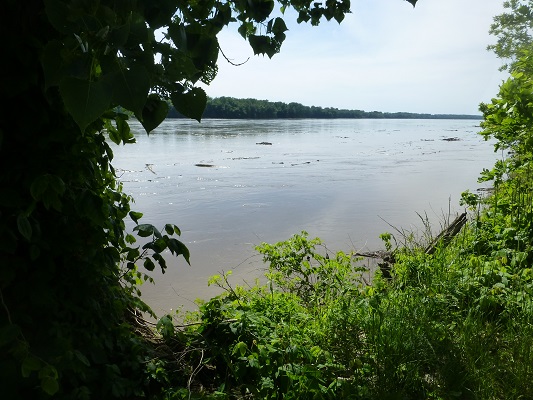 The flood outlook for the Missouri River is not as high as it was last year, but the commander of the U.S. Army Corps of Engineers (USACE) Kansas City District says it’s worse than normal.

Colonel Bill Hannan’s characterization of the spring flood outlook on the Missouri River is brief.

“We had a somewhat mild winter and we are able to moderately kind of thaw particularly through the Plains snowpack, which allowed that to melt into the rivers and allowed us to control it better than last year,” said Hannan.

“It’s been higher than normal,” Kneuven told Brownfield, “and that dates back to before March of last year; I think we’ve only had one or two months in that period where we did not exceed the average precipitation amount per month.”

The vulnerability, according to Colonel Hannan, is if there’s a repeat of last year’s bomb cyclone that was not able to be caught by the Missouri River system’s upstream reservoirs.

“That’s what we’re really at risk for this year is if we have a heavy rain event that we’re not able to capture the runoff or that rain in our reservoirs,” said Colonel Hannan. “That would put us at a high risk for flooding.”