Across the Corn Belt, a cold front crossing the upper Midwest is producing gusty winds and widely scattered rain showers. The remainder of the Midwest is experiencing warm weather, although Tuesday’s overnight thunderstorms resulted in localized wind and hail damage across the central and eastern Corn Belt.

On the Plains, breezy, cooler conditions are arriving across Montana and the Dakotas, following a cold front’s passage. Across the southern half of the Plains, warm, dry weather favors spring planting preparations and winter wheat growth. However, pockets of drought persist on the High Plains; in Colorado, for example, topsoil moisture was rated 36% very short to short on April 5, while 27% of the winter wheat crop was rated in very poor to poor condition. 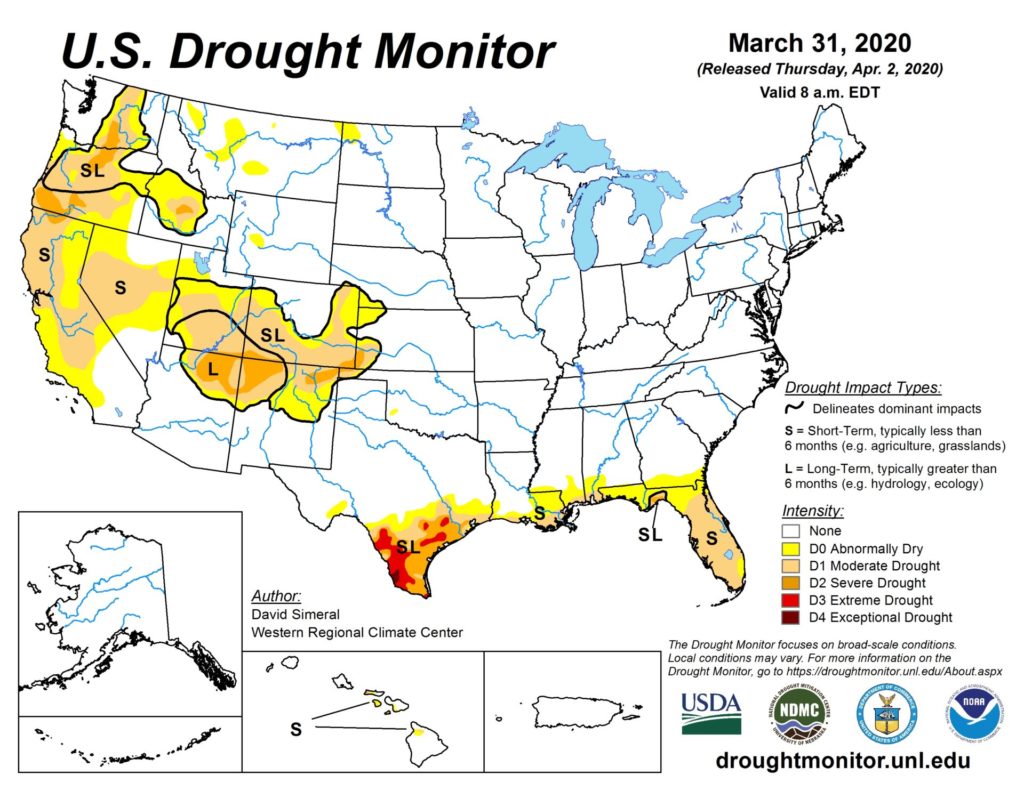 In the South, Wednesday early-morning showers and thunderstorms are mostly confined to Virginia and portions of neighboring states. Elsewhere, warm, dry weather continues to promote spring planting efforts and a rapid pace of crop development. However, drought along and near the Gulf Coast continues to adversely affect some pastures and emerging summer crops.

In the West, a pesky storm system affecting southern California continues to produce heavy showers, local flooding, and high-elevation snow. In contrast, mild, dry weather broadly covers the remainder of the region, stretching from the Pacific Northwest to the central and southern Rockies.