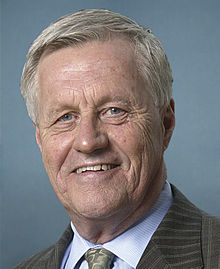 Minnesota Congressman Collin Peterson, chair of the House Ag Committee, tells Brownfield he tried to include a provision in the CARES Act to allow a one-time base update for dairy farmers given the steep drop in milk prices since COVID-19 reached the U.S.

He says he believes Secretary Perdue has the authority to reopen DMC signup without having to reopen the entire farm bill.

“We think the Secretary can do that, and he’s been asked to do that. Whether he’s going to do it or not? That’s another question.”

He suggests Perdue might be hesitant to reopen DMC enrollment because while the program is supposed to be a risk management tool, Peterson says too many dairy farmers only sign up for it if they think it’s going to pay out.