Across the Corn Belt, cool, cloudy weather lingers across the eastern half of the region. Meanwhile, a few rain showers are occurring early Wednesday in the upper Midwest, mainly across Iowa and Minnesota. In late March, topsoil moisture was rated at least one-half surplus in several states, including Ohio (72% surplus), Illinois (56%), Missouri (56%), Indiana (53%), and Michigan (50%).

On the Plains, frigid weather is engulfing Montana and the western Dakotas, accompanied by periods of snow. Wednesday morning’s low temperatures plunged below 10º across parts of Montana’s high plains. In contrast, warm, dry weather prevails across the southeastern half of the Plains, favoring winter wheat development and spring planting preparations. 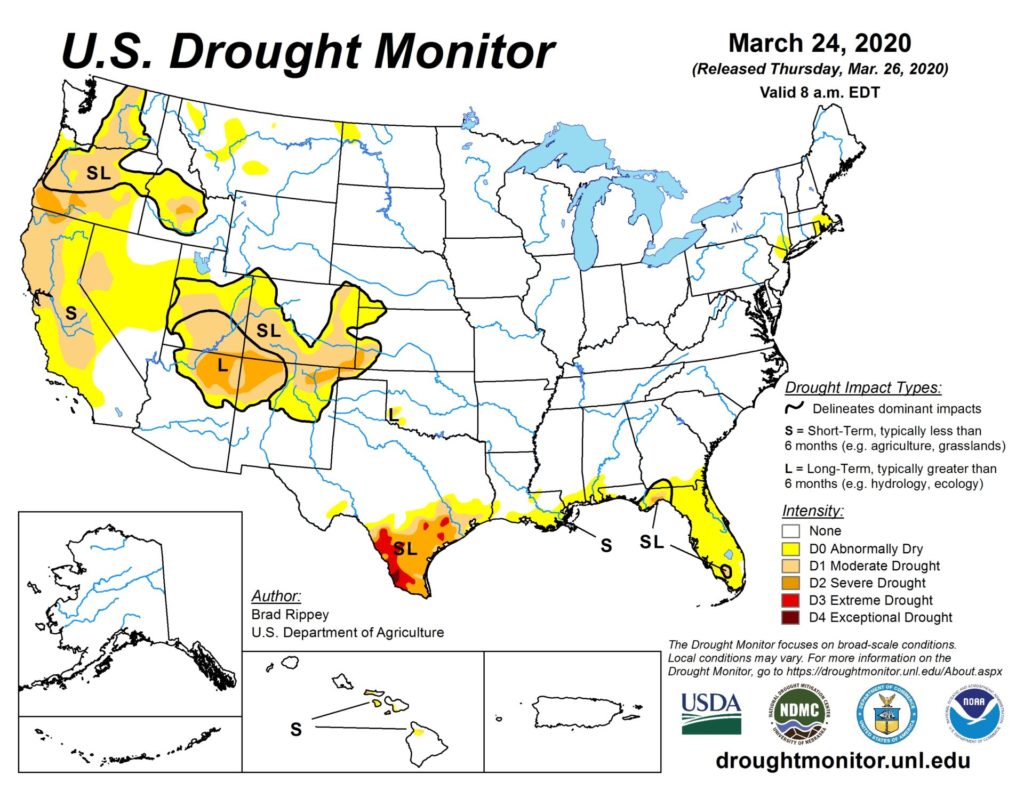 In the South, much of Florida continues to slip into drought, despite some overnight and early-morning Wednesday rain showers. Tampa, Florida, ended March with only a trace of rain, 3.03 inches below the monthly normal value. Dryness also remains a concern along and near the Gulf Coast, but some interior sections of the South are unfavorably wet. In late March, for example, topsoil moisture was rated 60% surplus in Tennessee. Currently, most of the South is experiencing cool, dry weather.

In the West, cool weather and scattered rain and snow showers persist from the Pacific Northwest to the northern Rockies. In contrast, warm, dry weather in the Southwest is promoting fieldwork and crop development—but is also causing some premature melting of high-elevation snowpack.