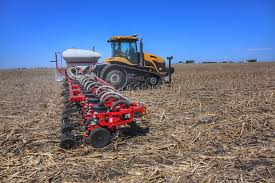 It’s one bearish blow after another for the corn market.

Paragon Investments risk manager Jamey Kohake says Tuesday’s USDA forecast of 97 million corn acres is even bigger than the high side of most analyst expectations.

“But the key still with the corn market is fighting the energy prices. We have ethanol plants going offline (and) cheap fuel. That’s still going to be the short-term tug-of-war of getting some new exports going, some fresh demand somewhere else to eat up some of these ethanol numbers.”

He tells Brownfield he’d swap at least a million planted acres from corn to soybeans based on where prices are going.

“I would not be a bit surprised when we see the commitments on Friday that (with) soybeans, fund managers and index funds are back to maybe a flat position. Or maybe even a little bit net-long. And funds (will still be) holding a very aggressive short position in corn.”

Kohake hopes soybeans can help support corn prices, and he says fresh news like spring planting delays would be helpful as well.