“Quiet” weather across the Heartland…for now

Across the Corn Belt, cool, mostly cloudy weather prevails. In addition, the western half of the Corn Belt is receiving some precipitation, including a few snow showers in the upper Midwest and rain in Missouri and environs.

On the Plains, chilly conditions—accompanied by some light snow—linger across Montana and the Dakotas. Sub-zero temperatures were noted early Monday in parts of Montana, resulting in difficult conditions during calving and lambing season. However, a variable, mostly shallow snow cover across the northern half of the Plains is providing some insulation for winter wheat. Meanwhile, some rain is falling early today across the east-central and southeastern Plains.

In the South, mild weather is developing in advance of an approaching disturbance. Rain is falling early Monday in much of Arkansas and parts of eastern Texas. Saturated soils across parts of the interior South have led to spring fieldwork delays. In stark contrast, dryness remains a concern across the Deep South, from southern Texas to peninsular Florida. 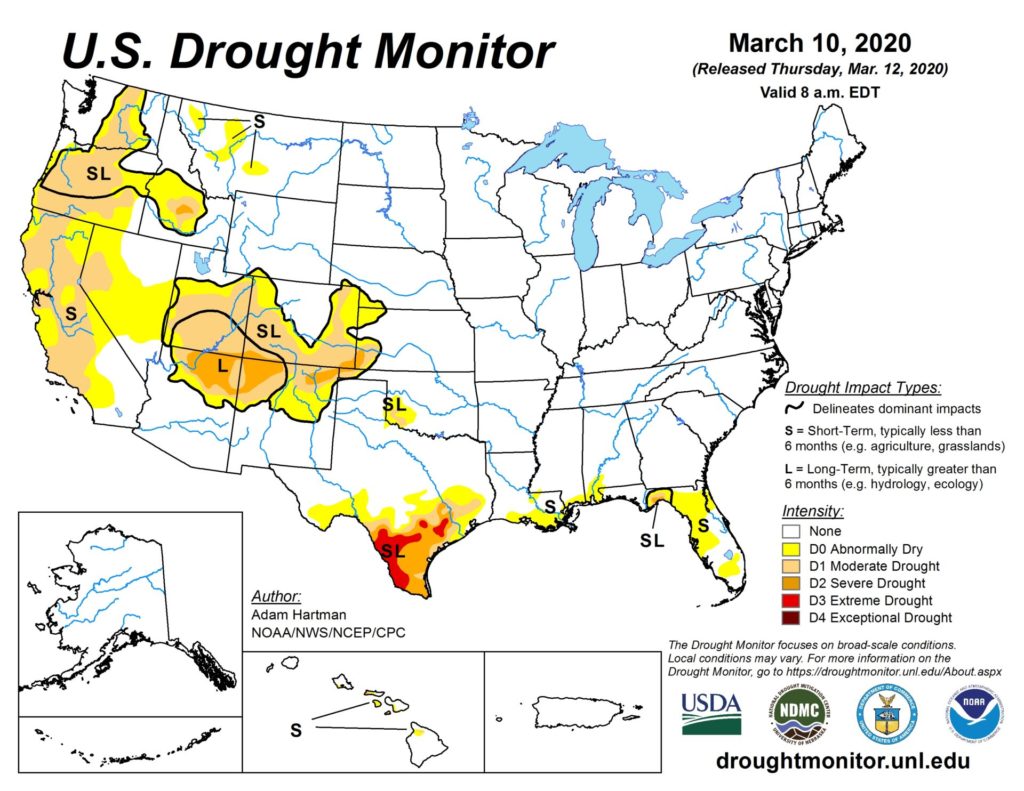 In the West, California is receiving much-needed precipitation, including high-elevation snow, from a slow-moving storm near the Pacific Coast. Prior to the storm’s arrival, the California Department of Water Resources indicated that the average water content of the Sierra Nevada snowpack stood at 10 inches—less than 40% of the mid-March average.