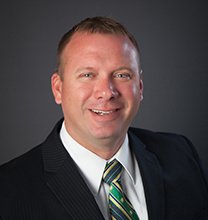 The president of the American Soybean Association remains optimistic China will adhere to its phase one trade commitments.

But Bill Gordon, who farms in southwest Minnesota, acknowledges U.S. ag exports to China are moving slower than many farmers hoped.

“Markets have definitely responded negatively to the news of COVID-19 novel virus, but we’re going to keep positive and keep working with the U.S. government to try to get this implemented.”

And once Phase One is implemented, the Worthington farmer tells Brownfield the Market Facilitation Program will no longer be necessary.

“We’re going to stay positive on trade. We’re hoping the Administration doesn’t have to provide more aid to farmers because in the past it was needed. The only reason a lot of us are still farming is because the American tax payer and the government stepped up and helped us out. That’s not the way we farm.”

There are reports China could be turning to the U.S. for soybeans as Brazil struggles to get ships out of port because of recent heavy rains.