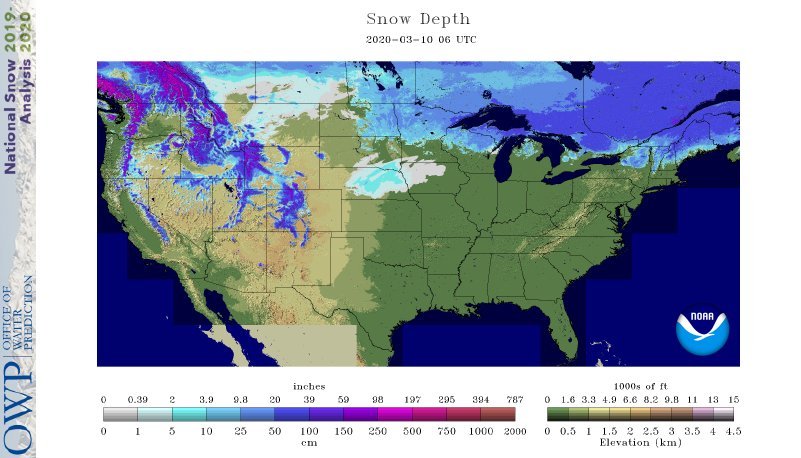 Across the Corn Belt, rain is gradually ending across the Ohio Valley and the lower Great Lakes region. Elsewhere in the Midwest, mild, dry weather prevails. Lingering snow cover is confined to the far upper Midwest, including the Red River Valley of the North.

On the Plains, patches of light precipitation are mostly confined to Nebraska and South Dakota. Meanwhile, unusually warm weather prevails across the central and southern Plains, helping to promote some early growth of winter grains in the wake of recent precipitation. In Texas, 25% of the winter wheat was headed by March 8, compared to the 5-year average of 1%.

In the South, showers extend southwestward from the southern Appalachians and the Tennessee Valley to the central Gulf Coast. Across most of the region, above-normal temperatures and abundant soil moisture reserves favor rapid development of winter grains and some early-season pasture growth.

In the West, locally heavy showers are affecting southern California and the Desert Southwest, while some snow is falling at higher elevations. Flash flooding is a threat in areas where the heaviest rain is occurring. However, warm, dry weather prevails in northern California’s key watershed areas, which have received little precipitation since December.