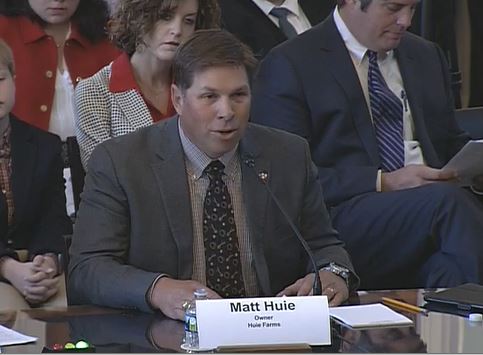 A Texas farmer says if there isn’t movement quickly, farmers are going to need a third year of Market Facilitation Program payments.

Matt Huie grows cotton and sorghum in Beeville, Texas, “Most farmers I know are optimistic about the phase-one agreement. But I respectfully submit that absent a very significant turnaround in the next couple of months an MFP-3 will be absolutely essential if farmers are to hang on.”

Huie says farmers are hanging on President Trump’s words, “The president’s pledge to producers to continue to provide aid until the trade deals work as promised is viewed as a lifeline to thousands of farmers and ranchers.”

Huie says he wants to be optimistic but his skepticism is real, “The simple fact is, macroeconomics are telling us to quit.”

Huie says China was the largest market for cotton before the trade dispute and now it is placing new orders at lower prices while cancelling orders for higher prices. He says sorghum is in a similar situation.

Huie is one of several farmers who testified before a House Ag subcommittee today.