Across the Corn Belt, producers in the northwestern region are monitoring the effects of Thursday’s high-wind event on corn and sunflowers that have not yet been harvested. Thursday’s peak gust of 53 mph in Fargo, North Dakota, tied for the second-highest gust in that location since November 1.

On the Plains, dry weather prevails. Record-setting warmth is imminent across the northern High Plains, where significantly above-normal temperatures and gusty, downslope winds have eliminated nearly all snow cover. In contrast, an extensive snow cover persists in the Red River Valley of the North. Farther south, recent rainfall sharpened the gradient between favorable topsoil moisture in central and northern Texas and worsening drought in southern Texas. 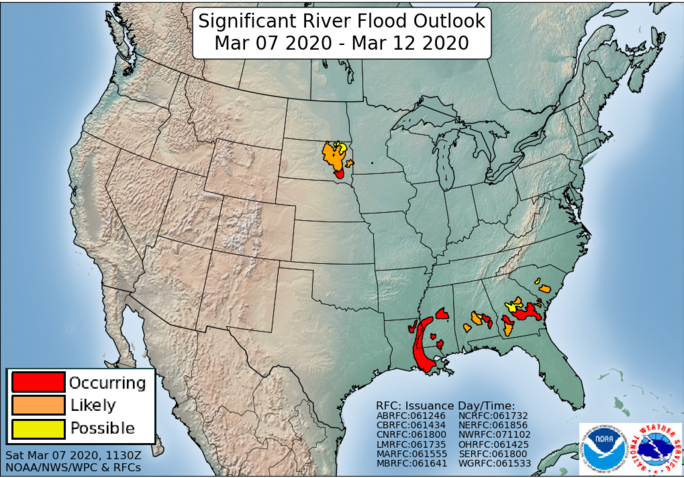 In the South, a few rain showers linger along the southern Atlantic Coast. Elsewhere, cool, blustery weather prevails. A broad, flat crest on the Mississippi River is in the vicinity of Natchez, Mississippi, where the river is more than 7.6 feet above flood stage. Last year’s highest crest in that location, in March 2019, was 9.9 feet above flood stage. Elsewhere, recovery efforts continue in central Tennessee and other areas affected by the recent spate of tornadoes. 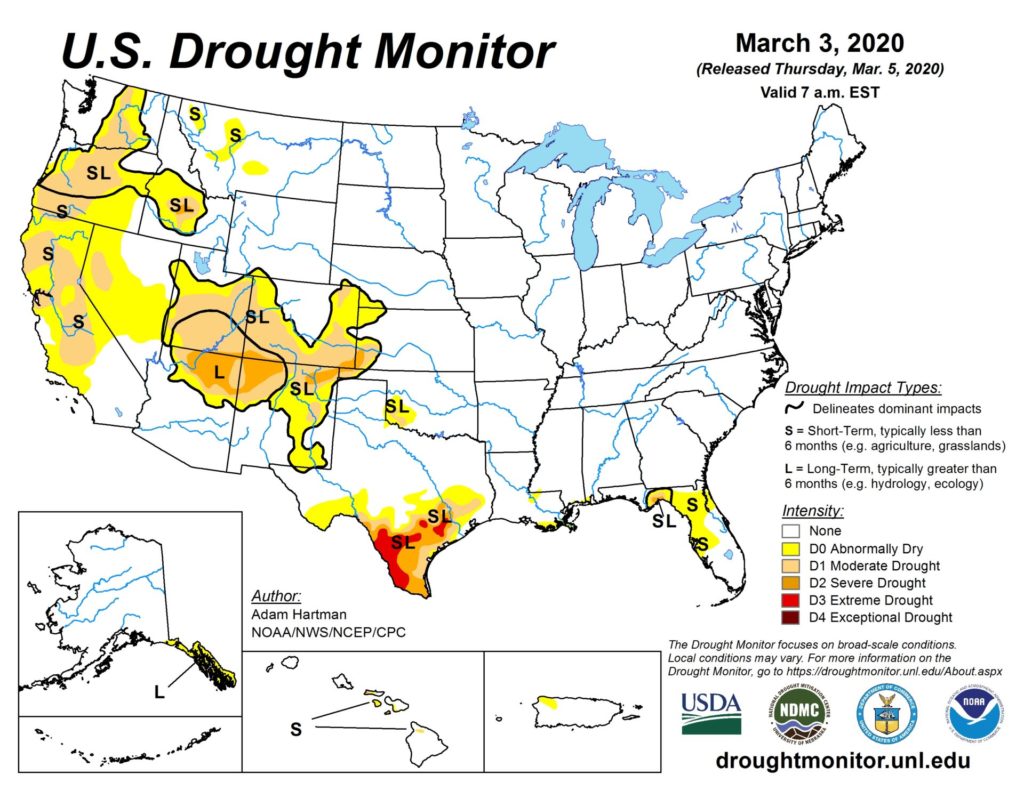 In the West, showers are spreading inland across the Pacific Northwest, accompanied by cooler conditions. Elsewhere in the West, warm, dry weather favors early-spring fieldwork but is causing some premature melting of high-elevation snowpack. Much of California, nearly devoid of precipitation for more than 2 months, is facing topsoil moisture shortages, poor rangeland conditions, and unusually early irrigation demands.