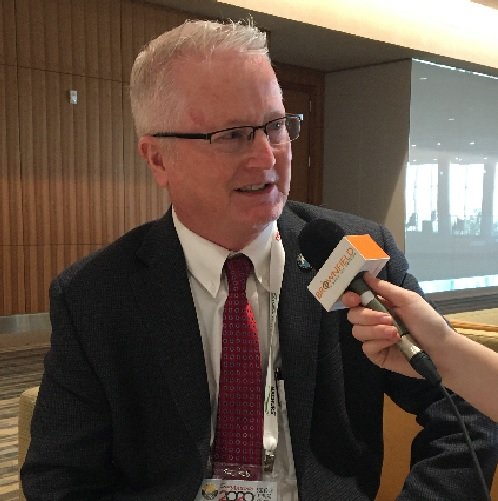 The newly installed president of the Missouri Soybean Association tells Brownfield his priorities for the group, “We know that the past couple of years have been very trying. We’ve had some major issues as far as trade is concerned which has really impacted us all. So, some of the focuses I would like to see during my tenure is focusing more on domestic demand and, in particular trying, to expand our usage of soybeans in the state of Missouri.”

And to do that, he says, Missouri Soy supports the “Missouri Made Fuels Act” which would set a minimum standard for biodiesel use, “One of our top priorities is trying to have a biodiesel standard in our state so that we can consume more of what we produce right here in Missouri.”

Russell also represents Missouri on the board of the American Soybean Association. Brownfield interviewed Russell at 2020 Commodity Classic.