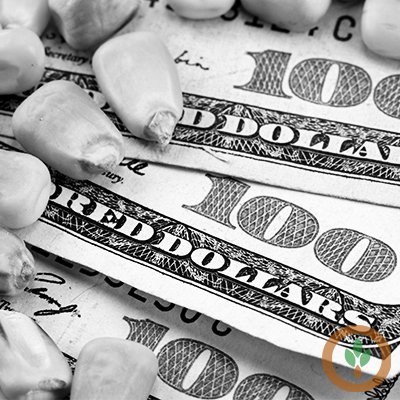 Soybeans were higher on short covering and technical buying. Contracts followed through on Monday’s gains, even with another volatile day for the broader market, including a more than 1,000-point swing in the Dow Jones Industrial Average. That swing in the Dow followed the Federal Reserve cutting interest rates by 0.5%. Beijing could issue tariff waivers this week, but nothing has been announced yet. The USDA’s weekly numbers out Thursday morning would not include any tariff waiver activity and Brazilian prices remain below the U.S. Soybean supplies in China have reportedly gotten tighter, leading some crushers to suspend operations, which along with recent shipment delays from Brazil supported soybean meal futures in China. Additionally, reports say Argentina could raise its’ soybean export tariff to 33%, but there’s been nothing official this week out of Buenos Aires. Soybean meal was mostly higher on spread adjustments and bean oil was up, following the lead of beans. The USDA’s attaché in Ecuador says that nation has extended a tariff exemption for soybean meal imports for another five years.

Corn was higher on short covering and technical buying. Corn also saw follow through support, while watching conditions ahead of planting in the Midwest. Planting is already underway in parts of the south, with Texas at 12%, compared to the five-year average of 6%. Most expectations are for a significant increase in U.S. acreage this year, but that will depend on weather. The USDA’s prospective planting numbers are out on the 31st, along with quarterly grain stocks. Aside from a few areas of concern, development weather looks good for most of Argentina and Brazil. More than 90% of Mato Grosso, Brazil’s second crop is planted. That’s the larger of Brazil’s two crops and source of most of their exports. Brazil, Argentina, and Ukraine have all become significant export competitors. Ukraine’s grain trading association UGA estimates that nation’s 2020 corn crop at 34.3 million tons, compared to 35.2 million in 2019. Ethanol futures were higher. The U.S. Energy Information Administration’s weekly ethanol production and supply numbers are out Wednesday. A South Korean feed mill reported bought 130,000 tons of optional origin corn.

The wheat complex was modestly higher on short covering and technical buying. The complex remains oversold and the soft red winter supply is tight, supporting Chicago. Also, parts of the soft red winter growing region remain excessive wet. Minneapolis was up on expectations for spring wheat planting delays in parts of the northern U.S. Plains. The USDA says hard red winter conditions improved last week, limiting gains in Kansas City, and there’s plenty of export competition. The USDA’s next set of supply and demand estimates is out March 10th. DTN says Turkey is in the market for 305,000 tons of wheat, while Japan is tendering for 117,389 tons of food wheat from the U.S., Australia, and Canada. Australia’s Bureau of Agricultural and Resource Economics and Sciences projects 2020/21 wheat production at 21.3 million tons, up more than 40% from 2019/20, on expectations for vastly improved rainfall. Ukrainian grain union UGA sees 2020 wheat production at 25.8 million tons, compared to 28.2 million in 2019. The USDA’s attaché in Ecuador reports Quito has approved a five-year extension for wheat import tariff exemptions.