Perdue tells Commodity Classic not to plan for MFP 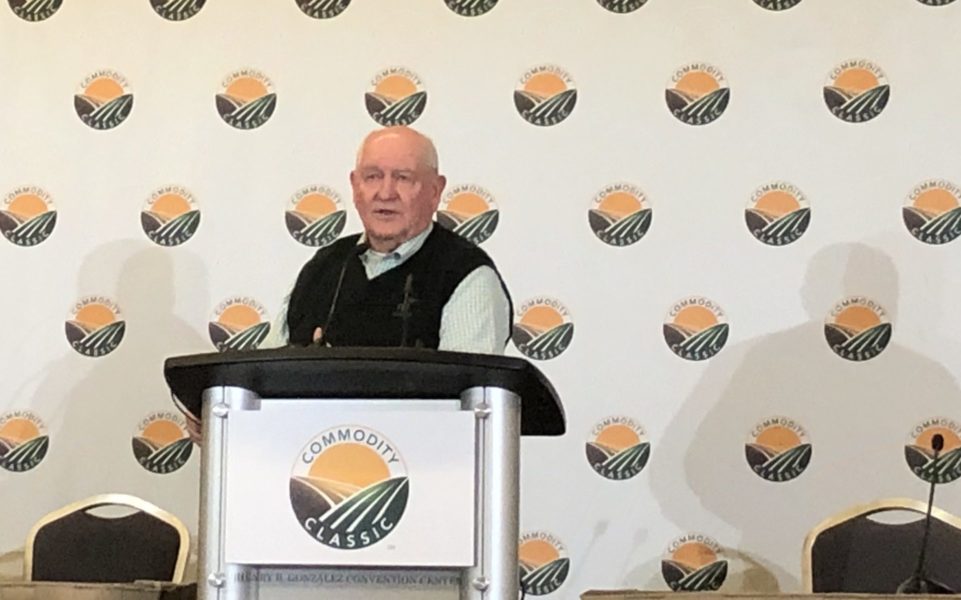 Ag Secretary Sonny Perdue reiterated that they are not planning for another round of Market Facilitation Program payments.

President Trump said another round of MFP would be available if it’s needed, but Perdue says farmers should not plan on it.

“The MFP payments were a trade damage mechanism that we use through CCC to make up for lost income based on the inability to trade,” he says. “That was the concept and precept- it was never designed as a price support program.”

Instead, he says, farmers should…”In 2020, I’m telling you all to do what you do and plant for the market,” he says. “We believe we will see prices rise as these commodities start to flow again and you need to look at your operation and what really makes sense.”

Perdue says he’s hopeful that the phase one trade agreement will benefit farmers. There have been concerns about the impact the coronavirus could have on markets, but Perdue says he’s encouraged by what he’s seen.

“We’re seeing a little bit more movement in the last few days so I’m hopeful we can begin more trade sooner rather than later,” he says. “Thus far it hasn’t materialized and we have to acknowledge that.”

Perdue spoke at the 2020 Commodity Classic in San Antonio.